Do you remember the Broadway play entitled, “On A Clear Day You Can See Forever”? No matter the weather, your eyesight is the most precious of your five senses. When was the last time you had your eyes checked for glaucoma? The American Glaucoma Society (AGS) recommends yearly comprehensive eye exams for everyone over age 40. Glaucoma is a generally irreversible eye disease that injures the optic nerve and retinal ganglion cells that bring vision from the eyes to the brain. Over one million Americans are diagnosed as having glaucoma, and another million are unaware they have the condition. It is estimated that nearly 120,000 U.S. citizens are legally blind in both eyes resulting from glaucoma, and about 1.5 million Americans have some loss of peripheral vision from glaucoma. According to the AGS, glaucoma is the second leading cause of blindness in the United States and around the world.

As we age, we are at increased risk for developing glaucoma. People that have relatives with glaucoma are also at increased risk of developing the disease, but the genetic mechanism for inheriting glaucoma is not well understood. Other risk factors include diabetes, Latin and African-American heritage, hypertension and myopia. There are over 40 different types of glaucoma, but the two most common are Open Angle Glaucoma or Narrow Angle Glaucoma. The eye continuously manufactures fluid that drains out of the eye through a drainage meshwork and channel. The eye has pressure like an automobile tire has pressure. Glaucoma causes the pressure in the eyes to be elevated.

Dr. Stuart Sondheimer, M.D, is a suburban Chicago ophthalmologist and eye surgeon who has been treating patients for glaucoma and other eye-related problems for over 30 years. An eye physician detects the elevated eye pressure of open angle glaucoma at an early stage before the optic nerve is injured and then treats the condition to preserve the patient’s vision. In the United States, most patients with glaucoma enjoy excellent vision for their entire lives, but some have severe vision loss and blindness. The eye physician can detect loss of vision, elevated eye pressure, and injury to the optic nerve and retina upon examination. “A visual field test, performed in-office, tells me if a patient is losing or is at risk of losing the ability to see clearly. Often, the patient’s eye pressure must be lowered. There are other conditions that mimic glaucoma such as brain tumors, interrupted blood flow to the eye or brain, and congenital abnormalities that must be ruled out,” said Dr. Sondheimer.

Using eye drops that either reduce the production of fluid in the eye or increase the flow of fluid out of the eye will effectively treat most patients with open angle glaucoma. However, if the patient doesn’t take the eye drops as recommended or if the medications don’t work well, continued elevated eye pressure and damage to the optic nerve and retina may require laser or conventional surgery to lower the eye pressure, increase the flow of fluid from the eyes and stop the progression of glaucoma and vision loss. Dr. Sondheimer notes that patients must be monitored carefully to make sure that the treatments are working.

Latanoprost and Lumigan are common, well-tolerated medications with rare side effects. The side effects may include itching and redness of the eyes and/or pigmentation of the pupils. Registered pharmacist Carter Black notes that prostaglandins are more effective and better tolerated than beta blockers that were more widely used years ago. “These days, doctors prefer prostaglandins over beta blockers for treating glaucoma,” said Black.  Latanoprost is a popular medication that is available as a lower cost generic. One drawback is that the tiny bottle size (2.5 ml) may be difficult to handle for some patients. Black adds, “When patients pick up their prescription, the pharmacist should instruct them on how to properly apply the eye drops. The pharmacist helps to make the medicine more effective,” he said.

Narrow Angle Glaucoma occurs when fluid in the eye is blocked from reaching the drainage meshwork. This is more common in farsighted eyes than in nearsighted eyes. The lens grows thicker with age and eventually fluid can’t easily escape the eye. Some patients have acute attacks where the vision drops, the eye becomes red and inflamed, and the pressure in the eye increases. In most cases, the attack of high pressure can be relieved with medications, and surgeries are rarely required to break the acute attacks. “After the acute attack is broken, a laser may be used to make a tiny hole in the colored iris allowing fluid to drain easily out of the eye. In other cases, surgeries to allow fluid to leave the eye or replacing the lens are necessary,” said Dr. Sondheimer.

What about future glaucoma preventatives? A study of over 500,000 older adults with high cholesterol levels indicated that those who were taking cholesterol-lowering statin drugs for a two-year period were ten percent less likely to develop open-angle glaucoma. Further research will determine if statin drugs could potentially be used to help treat glaucoma. Until a definitive cure is found, Dr. Sondheimer recommends seniors visit their ophthalmologist yearly to test for glaucoma and other eye diseases.

Dr. Stuart Sondheimer, MD is an ophthalmologist and eye surgeon with offices in Park Ridge, Deerfield and Skokie, Illinois. The advice contained in this article is for informational purposes only. Readers should consult with a physician to evaluate any illness or medical condition. For further information about glaucoma and other eye problems visit: www.drsondheimer.com 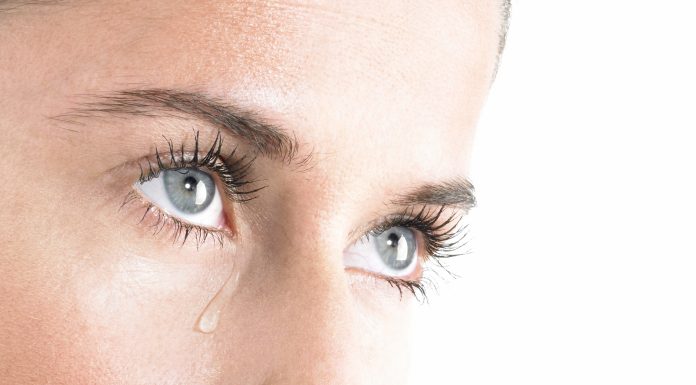 Caregiver Journey Continues – What?? Dad’s Had a Stroke – Article 4

Learn How to ‘Hop’ Away from Hot Flashes!