Over the years Doug and I have gained much experience buying older vehicles. Doug looked at the mechanical things and I looked at the body, glass, upholstery and carpets. We could tell if a vehicle had been repainted and the wear on the windshield, carpet or upholstery could tell us that the mileage was higher than claimed. One antique vehicle we looked at in Florida had a “security system” we had never heard of before- baby rattlesnakes in the glove box. Thankfully we had been warned not to open it. Although the area had a reputation for vandalism, the word was out and no one ever came near his cars.

So you have your grandfather’s car to sell and you are really excited! It has been stored in his garage for several years and the mileage is really low. Grandpa only drove it to the corner store and back when the weather was good. When he lost his licence, he parked it in the garage and locked the door. Several times a week he would go to the garage, unlock the door and sit in the car. (If only he had started it occasionally and let it run.) He loved that car!

Recently the house was sold and the car needed to be removed and sold. Over you went with jumper cables. You lifted the hood, carefully hooked up the cables, hopped in and turned the key. It hesitated for a moment, then turned over and started.  You hopped out, took off the jumpers, let it run while you had a look at all the tires. Guess what? They needed air so you turned off the engine and went to borrow an air pig to fill them.  All this time you were thinking, “What is it worth?”

When you went to restart it, even after it had been running for several minutes…nothing! The battery had sat too long and would no longer take or hold a charge. It was dead!

The car was a 1999 four door with a good body with only a few scratches here and there and the odd dent. Will someone want it the way it is or should you get a body shop to do some repairs before you sell it?

Then you decided to find out what the book value was on the car. SHOCK…Even with the low mileage it wasn’t worth that much especially being an ordinary 4 door car.

Reality is that when a car sits for long periods of time there is bound to be “LOT ROT” as the dealers call it. Even though a car has low mileage, sitting is not usually good for it. Dealers don’t like to keep a car on their lot for too long for this reason.

A mechanic will tell you that when a car sits the engine gaskets can dry out leading to oil leaks. The tires can look new but can be dried out, dangerous and need replacing. Sitting brakes can often mean rusty brakes as well as rusty, leaking brake lines. Batteries usually need replacing. Rubber bushings in the suspension can be dried out and cracked causing poor handling. Shocks can be leaking and weak.

There can be moisture along with “goopy” gas. (Ethanol in the gas tank is definitely not a preservative.) The gas tank can be leaking due to rust. Moisture under the spare tire can cause unseen rust in the floor under it. Older vehicles can look great but further inspection can reveal that the underside, including the exhaust system can be very rusty and therefore worth next to nothing.

Cars that are kept in apartment garages can also look great on the top but be very rusty underneath due to freezing and thawing of ice and snow mixed with salt.

Although it’s hard to believe we have even seen rodents make nests in trunks and do extensive damage.

Parts are becoming more difficult to find and are usually more expensive. Will it pass a safety check or an air quality test where required to sell or license it?

Today, people can buy a brand new car for payments of about $269 or even lower per month. They know they will have a fixed payment and no repairs under warranty for a time. They’ll usually get better gas mileage compared to older vehicles. As a result, it is getting more difficult to sell older vehicles that may need expensive repairs sooner or later.

What if it’s an antique vehicle from the 40’s or 50’s? From what we have heard this market is also drying up a bit. People buy vehicles for nostalgia. The older generation is selling them off and the demand is lower because the younger generation don’t identify with those vehicles. (We took a granddaughter to a car show and she didn’t even glance at vehicles from the 40s or 50s but she enjoyed some from the 70s and 80s that her dad liked.) Popular models from the 60s, 70s, or 80’s may still be in demand depending on the condition and how collectible they are.

Go on line and get an idea what older vehicles are selling for. Talk with the mechanic who maintained the car and ask what he feels it is worth. Take several pictures and take them to the dealership to see if they can give you an idea of a selling price. Bear in mind that banks and other financial institutions do not usually give loans for older vehicles.

The Bottom Line: Like everything else vehicles are only worth what people are willing to pay for them! 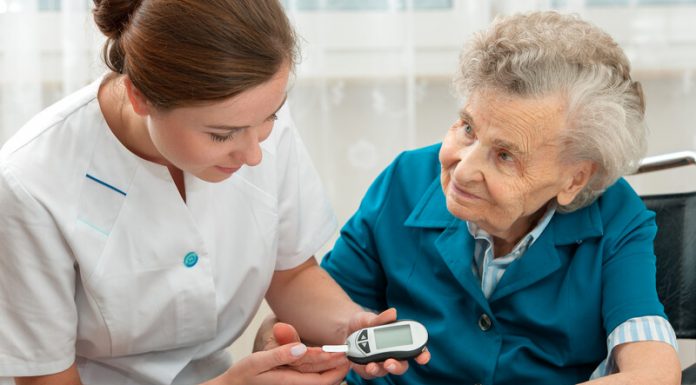 What in the Heck is a POLST?

Remain In Your Home and Keep Your Independence – Aging In...

A Gift Parents and Grandparents Can Provide To The Next Generation

What You Can Do When You Notice a Senior Loved One...