The stories are as repetitive as they are heart-wrenching:

These are the sadly commonplace tales of seniors victimized by financial exploitation. The Federal Trade Commission estimates that 25 million Americans ages 65 and older fall prey to such scams each year, and Bloomberg reported that the elderly lose $36.5 billion in that fashion annually.

The fear, however, is that both totals are much higher, since it is believed that only one in 44 of these crimes is reported. Embarrassment is the reason most often cited as to why the elderly do not come forward, not to mention a hesitance to getting someone else in trouble, which leads to another sobering statistic: Some 60 percent of these crimes are committed by family members, and according to Bloomberg often involve force or the threat of same.

Financial exploitation is defined as follows by the Older Americans Act, which was passed in 1965 and reauthorized in 2016:

“(T)he fraudulent or otherwise illegal, unauthorized, or improper act or process of an individual, including a fiduciary or caregiver, that uses the resources of an older individual for monetary or personal benefit, profit, or gain, or that results in depriving an older individual of rightful access to, or use of, benefits, resources, belongings, or assets.”

It is, sadly, one of five types of elder abuse — the others are physical, psychological/verbal, sexual and neglect — and it is expected to become even more prevalent as the graying of America continues. As of May 2018, one in three U.S. citizens was 50 or older. By 2030, one in five is expected to be at least 65. And those who fall into that age group account for a staggering $18 trillion in assets — i.e., over half the U.S. total.

Small wonder that the ne’er-do-wells have conjured up various schemes, ranging from telemarketing fraud to home improvement scams to old-fashioned door-to-door appeals, from bogus investments to imaginary lottery winnings to ersatz insurance. While seniors account for 11 percent of the U.S. population at present, they comprise 30 percent of the nation’s fraud victims.

The toll is not merely financial, either. It has been determined that victims of elder abuse of any kind die at a rate that is three times faster than average.

Federal legislation, like the Elder Justice Act (2010) and the Elder Justice Prevention and Prosecution Act (2017), have been enacted in an attempt to combat this scourge. In addition, 41 states, as well as the District of Columbia and the U.S. Virgin Islands, have put forth measures that would enact tougher penalties for scammers. Bloomberg reported, however, that funding has been an issue for legislation on all levels.

As a result it often falls to seniors themselves to do their due diligence when faced with a potential problem. To understand that they should never give out personal information over the phone nor let a door-to-door salesman into their homes. That they should check references when a contractor tells them their homes are in need of some expensive repair or improvement.

The concern, however, is that scammers often prey upon seniors who are in declining physical or mental health — and as Mark Lachs, co-chief of the Division of Geriatrics and Palliative Medicine at Weill Cornell Medicine and New York-Presbyterian Hospital, told Bloomberg, seniors’ financial judgment often falters before normal cognition does.

Family members, as a result, would do well to recognize warning signs of exploitation like unpaid bills, suspicious account activity, multiple checks made out to “cash” or the sudden disappearance of treasured possessions. As noted earlier, however, the sad fact is that those closest to seniors are often most likely to take advantage of them. But it only takes one to step forward and do the right thing.

That was the case when Philip Marshall intervened in 2006 on behalf of his grandmother, famed socialite Brooke Astor, claiming his own father, Anthony, had swindled millions from her. Philip established a guardianship that year over Astor, who was afflicted with Alzheimer’s and died in 2007. Two years later his father was found guilty of a long list of charges, including grand larceny, in connection with his running of Astor’s affairs, but because of poor health served just eight weeks of a one- to three-year prison sentence, beginning in 2013. He died one year later.

In sum, the best defense against financial exploitation comes at a granular, personal level — in recognizing that if something doesn’t look or feel right, it probably isn’t. And it comes through loved ones paying attention, and understanding that close relatives don’t always have seniors’ best interests at heart. 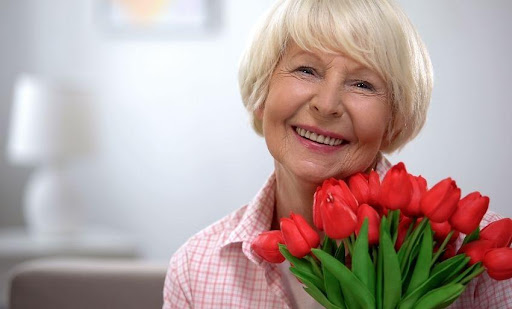 Best Flowers To Give Your Mom for Mother’s Day

Friendships and Connections in Your Senior Years