If you are new to the wide world of cannabis, you might be confused by all the jargon thrown around by more experienced stoners. What are dabs and crystals? Why should you care about airflow? And, even more fundamentally, what are the different compounds within cannabis that contribute to the experience of getting high?

That last question is exactly what we hope to answer here. Read on for a guide to terpenoids, flavonoids and cannabinoids, the three most important compounds that make up marijuana.

First: A Primer on Trichomes

It is impossible to talk about any compounds within cannabis without first describing the place they come from: trichomes. When a female cannabis plant is maturing and preparing to enter a reproductive phase — before and as it develops flowers ready for pollination — the plant becomes covered in shiny, little hairs that look almost like glittering frost. If you were to take a magnifying glass to the hairs, you would find them to be not solid follicles, like your own hair, but glass-like tubes. These hairs are trichomes, and they are perhaps the most important feature of the cannabis plant.

Though the fiber of cannabis plants — the stems and leaves — contain some trace amounts of terpenes, flavonoids and cannabinoids, the bulk of these active and sought-after compounds are located inside trichomes. Trichomes and all the compounds they contain serve to protect the mature female plant against various threats, like pests, moisture and UV light, all but ensuring that the plant successfully reproduces. However, all those compounds within trichomes are exactly what humans love about cannabis as a drug.

As the most potent compounds within trichomes, cannabinoids are a good place to start. Essentially, cannabinoids are compounds that are completely and utterly unique to the cannabis plant; as yet, they are not known to be present in any other plant. Researchers have identified over 400 cannabinoids — but really only a handful are worth mentioning.

Likely, you have heard the initialisms THC and CBD thrown around within the cannabis community; these are abbreviations for delta-9-tetrahydrocannabinoid and cannabidiol (respectively), the most prevalent cannabinoids. THC is largely responsible for the high marijuana provides because it binds and overwhelmed a user’s innate endocannabinoid system (ECS), throwing the body out of balance. In contrast, CBD is non-psychoactive and seems to interact differently with the ECS. In either case, these dominant cannabinoids are useful in disrupting pain, bolstering the nervous system, regulating digestion and a few other functions.

If you want to know more about how cannabinoids can affect your health, you should talk to your doctor. Alternatively if you live in a state where recreational weed is available, like Oregon, cannabis dispensary employees might be able to answer any further questions, like how to use various weed products containing cannabinoids.

Terpenes are essentially aromatic oils; they are responsible for cannabis’s distinct smell. Terpenes are present in most fragrant plants, from herbs like sage and peppermint to trees like pine to fruits like citrus and berries and even flowers like lavender and lilacs. There is some evidence that terpenes offer positive effects on the human mind and body, often by way of reducing inflammation, improving circulation and inspiring feelings of calm.

Researchers have identified over 100 terpenes present in cannabis, to include recognizable scents like pinene (pine) and limonene (citrus) as well as more obscure smells like myrcene, caryophyllene and terpinolene, which are spicy, woody and a bit like gasoline fuel. Most research on the terpenes within cannabis suggest that these compounds function in an entourage effect, boosting cannabinoids’ effectiveness or adding minor beneficial effects of their own.

Like terpenes, flavonoids are compounds present in many different plants. There are over 6,000 different flavonoids, organized into six different kinds which are processed by the body in different ways. Many flavonoids do little besides provide vibrant color to the plant, but some affect the plant’s cellular growth, like flavanones and flavanonols. Cannabis boasts a unique category of flavonoids, called cannaflavins, as well as roughly 20 other types of flavonoids from other categories.

Like terpenes, more research is necessary to truly understand how flavonoids are interacting with the human body. In general, flavonoids seem to have antioxidant properties, which helps cells stay healthy in the presence of environmental toxins.

With this introduction to cannabinoids, terpenes and flavonoids — not to mention trichomes — you should be a little better equipped to enter the wide world of cannabis. 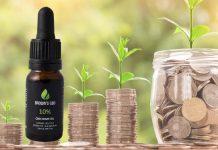 How Expensive Are CBD Products? 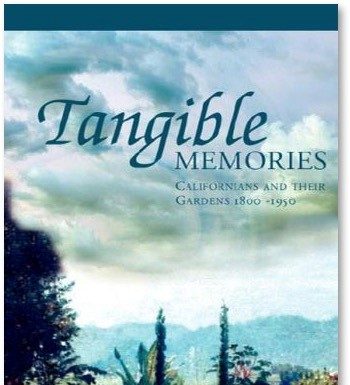 Maintaining Your Hair In Your Senior Years