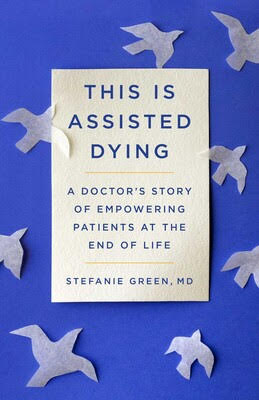 This Is Assisted Dying; A Doctor’s story of empowering patients at the end of life by Stephanie Green, MD
Have you noticed that some deaths seem more tragic and unacceptable than others…and wondered why? If so, the quote below may explain.
“Old enough to die…young enough to do it with dignity”
I miraculously encountered this quote when the classic western series “Gunsmoke” popped up recently while flipping through my cable TV channels…and I’d just been mentally composing this review! What timing! It was spoken by actress Lurene Tuttle while portraying elderly Anna Wilson on her deathbed in an episode entitled “Homecoming” which aired in 1973. I think that the writer, Calvin Clements Sr. knew that the dignity of one’s death depends on one’s ability to understand the reasons for one’s death and having some control of its conditions and timing.
Considering the deaths you recall, do you notice a relationship between the degree of control and understanding the dying one had and the degree of acceptability of that death for all involved? It’s as if control and understanding allows dignity, and dignity allows acceptance. Medical assistance in dying can often help patients regain or retain maximum control and understanding when it would otherwise be impossible.
If you liked Being Mortal and Every Deep-Drawn Breath, heroic tales of medicine’s transformation, you may also like this book! Being Mortal is even listed in its bibliography! It’s another tale of many heroic figures…not only of Dr. Green and others serving in this practice, but those they deliver as well. “Deliver”? Yes!Dr. Green, who switched from maternity care and its deliveries to medical assistance in dying, regards it as delivery from suffering!
Dr. Green offers inspiring, riveting accounts of her work with patients who will not tolerate the status quo of suffering and dying! She tells of some who have filed lawsuits to get the assistance they deserve while in the throes of debilitating suffering and terminal illness. Try to imagine what that entails!
With focus on Canada and the Vancouver area of British Columbia, she shows how she and her co-workers worldwide are delivering us from the dark ages of unassisted death. Ironically, assisted death with similar intent and purpose has been available to our other animal companions for some time in the form of companion animal euthanasia.
She demonstrates that, if a patient satisfies the criteria to qualify, the circumstances of one’s death can be one’s creation, rather than what one is forced to endure. Terminal illness and unbearable physical pain now seem to be the primary qualifying criteria, with unbearable psychological pain ignored.
The last few years of my mother’s life serve as a good example. She would’ve been far from qualifying for assisted death. Yet, I’m in awe of the way she faced the increasing despair and emptiness of her existence each morning as I woke her from her refuge of sleep to her daily psychological hell. And as some of you may know, the better we caregivers do, the longer our patients suffer! We were trapped! If she’d known of the painless, peaceful deaths provided by assisted dying and if she’d have qualified, I wouldn’t have been at all surprised if that’s what she’d have wanted…and I know that’s what she deserved. So I would like to see a significant expansion of the criteria because I don’t think anyone should have to endure what’s unbearable to them because someone else in power thinks they must!
Dr. Green has done something very unusual with this topic of death and dying. If you think reading this book will be depressing, you may be as surprised as I that it’s actually quite the opposite! The thought of deaths due to illness or age don’t seem to me as dreadful and repugnant as they have been. And they shouldn’t be! Indeed, they can instead become an acceptable, well-earned release and relief. If you seem to be trapped, or worried about becoming trapped between unbearable suffering and death, this book could lead to your very own ultimate release and relief!
Check it out here:
https://www.simonandschuster.com/books/This-Is-Assisted-Dying/Stefanie-Green/9781982129460 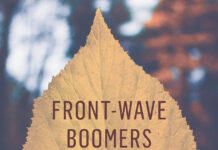 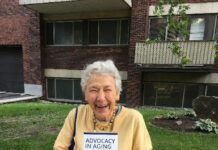 Planning for Aging is the New Reality 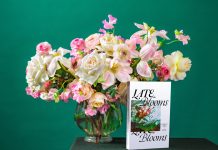 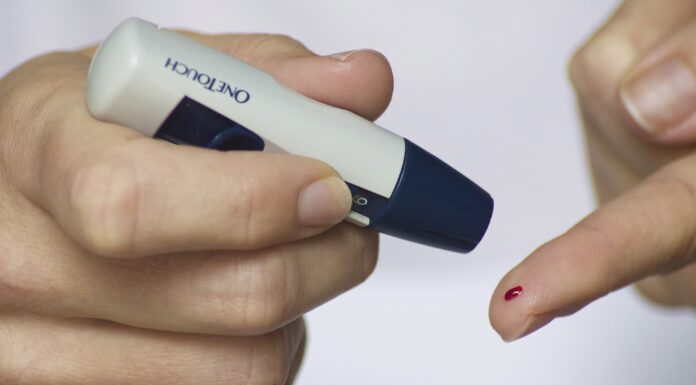 Type 2 Diabetes as a Senior: What Comes Next?

5 Thoughtful Gift Ideas for the Senior in Your Life

Meal Help For Seniors Designed to Help You Eat Better

THE LAST WEEK OF A LIFE: A Tragic Account