“I think I see the high school,” I panted, as we dragged our rollies up the endless hill.” God, I hope you’re right,” muttered my 80 year old husband. We’re a couple of Canadian seniors and we had definitely not planned on walking all the way from the ferry terminal to our B&B.

Whenever we can, we take a ferry. Over many years of travel, we’ve sailed from Wellington to Picton, from Liverpool to the Isle of Man, from Valletta to Catania, from Chios to Piraeus, from Piraeus to Chania and from Oban to the Isle of Mull. It was only natural, therefore, to book the ferry from Dublin to Holyhead.

Despite the fact that it cost twice as much as flying, we happily boarded the high speed catamaran on a sunny Saturday afternoon in late August. The sea was calm and the ferry was punctual, arriving on time at 4:45 p.m. Everything had gone smoothly, until then.

Perhaps we were a little slow disembarking? Because by the time we made our way into the terminal, the ferry office was closed. We wanted a taxi, but there was no one to ask. Then we went outside, expecting to see cabs awaiting the arriving passengers. There wasn’t a taxi in sight.

We had our old Blackberry but neither of us knew how to make a phone call in the UK. Was it long distance? What was the country code? Another waiting passenger saw our problem and offered the use of her phone. She even punched in the number for a cab company and handed me the phone, but it just rang and rang and rang.

A few minutes later, a cab drove up; our friend wished us good luck and climbed into her cab. Another taxi pulled in and a man came rushing out the door and got in. Before they drove off, though, I went over and asked, “How do we get a taxi?” Rather grudgingly, the driver offered to call his dispatcher to request another car. We were grateful for that and happy to wait, feeling confident that “our” cab would arrive soon.

Pretty much everyone had left by then, but we waited, eagerly checking out every vehicle that came into the terminal. Ten minutes went by, then twenty. After half an hour or so, we gave it up and decided to walk into town hoping to find a cab stand or a taxi office. We took the elevated walkway out of the terminal, crossed the railway tracks and after walking through a tunnel, we emerged on to the High Street. Which was strangely quiet for a Saturday evening. It was well after 5:30 now and there were very few vehicles and even fewer people on the street.

Alan spotted a man down the road and called out,”How can we get a taxi”? That gentleman wasn’t inclined to be helpful but did say something about a taxi office at the far end of town. We asked him where Walthew Avenue was, and after a minute’s thought, he pointed up a main road. “Just go on past the high school.” he advised. “You’ll find it.”

Thank goodness we only travel with carry-on bags. Still, the hill was a steep one, and it was much warmer away from the sea. The late afternoon sun was beating down as we paused at a Y junction. Which road should we take? We chose the busier one and continued on up the long hill, pausing now and again to catch our breath. “We’re looking for the high school,” we said to a passerby. “Keep walking,” she said, and we did, and eventually reached the top of the hill. In the distance, we could see an institutional looking building that could be a high school. But, rather ominously, it looked as if we were leaving the town behind. On our left there was nothing but fields, although there were still houses to our right. We’d been trudging along for a good half hour when we passed the high school. This was no fun at all; we were hot, tired, thirsty and more than a little cranky. A few streets on we came at last to Walthew Avenue. We wanted No. 895 and the first house was No. 3.

It was a gentler uphill walk along the length of Walthew Avenue, and at the brow of the hill we found No. 895. An impeccably dressed elderly gentleman answered the door, clearly disgruntled. “You’re rather late,” he grumbled. “Didn’t you arrive on the afternoon ferry? It’s gone half seven.” We found ourselves apologizing, which was annoying, because it was scarcely our fault that we’d had to walk.

After we settled in, we asked where we could get dinner without having to go all the long way back into the town. “Oh”, said Mr. D., “you just go along this road a piece and you’ll see the sailing club. They have a lovely restaurant. It won’t take ten minutes.”

And indeed, just over the top of the hill, there was the sea, scarcely two hundred yards away. We had come miles out of our way, or so it seemed, only to discover we were minutes from the seaside after all. Sailors being a friendly lot, we enjoyed a jolly evening at the sailing club and an excellent dinner, pleased after all with our Holyhead welcome. 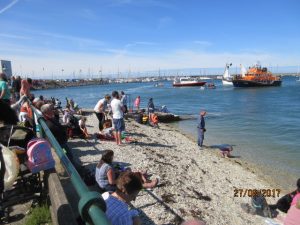 Sailors being a friendly lot, we enjoyed a jolly evening at the sailing club and an excellent dinner. And the next day we stumbled upon their annual “pirate” festival. Indeed, we were pleased after all with our Holyhead welcome. 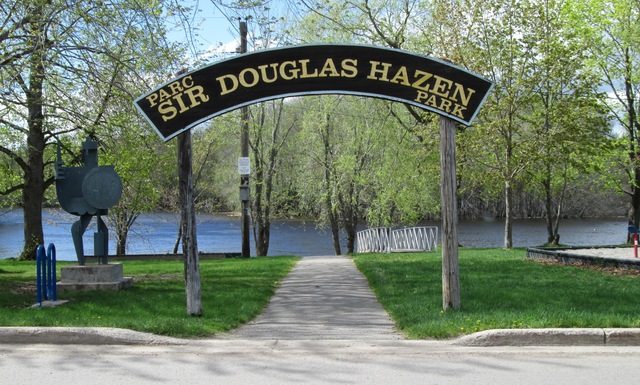 Soldier On – A PSW’s Story About Caregiving

How To Get Organized Using Technology

How To Detect Caregiver Burnout