Hearing as a sense is obviously very important at any time in life, as it is necessary in traditional communication. The importance of hearing and communication for those going through the last days of their lives may not be taken into consideration until one is confronted with this reality. There is a great deal of practicality and logic that can be applied to understanding this need. For most audiologists this need is one we are familiar with as it is often the family members or close friends that come to us asking that the hearing aids that their loved ones have are made functional in order for them to hear and communicate. Sometimes we encounter a request for something, anything that will help them communicate perhaps some sort of personal listening device such as a pocket talker that can be used on a temporary basis. Having communication devices available in centers for palliative care can be a welcome convenience.

There are those that suggest that the hearing is the last sense to go before death and that talking to someone that is unresponsive still gets through. This idea while possible is very difficult to validate for obvious reasons however there is growing evidence of this possibility. In the article “Signs of Death” written by William Lamers M.D. for the Hospice Foundation of America he states that, “Caregivers, family, and physicians should always act as if the dying person is aware of what is going on and is able to hear and understand voices. In fact, hearing is one of the last senses to lapse before death.” While we may understand this reality we may overlook the fact that with a hearing impairment the dying patient will be further isolated from those around them that are communicating with them.

As the body fails the ability to communicate with loved ones becomes a source of comfort for many but also fulfills a broader need. In the article “Dying to Be Heard: Hearing Health Care at the end of life: The Hearing Journal” (2015) it is Stated that,

“In the fall, the Institute of Medicine (IOM) released Dying in America, a major consensus report on improving the quality and availability of services for people nearing the end of their lives (bit.ly/IOM-Dying http://bit.ly/IOM-Dying).

The report listed a dozen proposed core components of quality end-of-life care, including:

* Counseling of patient and family.

* Attention to the patient’s social and cultural context and social needs.

* Attention to the patient’s spiritual and religious needs.

These items, and many of the other elements of quality care proposed by the IOM, have one thing in common: they require communication with the patient—an ability that is seriously hampered by the hearing impairments that affect at least one of

every three people age 65 and over.” Put in these terms it is apparent that there are so many facets of quality care at the end of life that are hearing dependent.

The first time I became aware of the rather significant impact that audiologists can have in providing optimal hearing at the end of life occurred early in my professional career. I had a patient who had shared news of his terminal battle with cancer with me. Due to the severe weight loss in this case we did recase his hearing aids in order to fit better and function without feedback due to that poor fit. I didn’t see that patient for some time and considered that there was the possibility that he had passed away. I then received a call from his daughter and she shared with me where he was in his journey. The family had made arrangements to have a hospital bed put in their home as he was no longer mobile and failing fast, his children and their families had come together to spend as much time with him as they possibly could. The hospital bed was actually put in the living room with an open concept kitchen and dinning room space as well. The daughter was calling me because she knew we had recased his hearing aids once and she was hopeful that I could get it done again but with a sense of urgency given his limited expectancy. I was asked if I could come to their home to take impressions of his ears as part of the necessary process. I must say that going to their home was one of those moments in life that changed my understanding forever. This was a very close Italian family and they had all gathered in that home to spend time together to talk and eat, laugh and cry. They had come to be with their father and each other. I came and took the impressions of the ears but was not allowed to leave. I was invited to stay and have supper with them, it was in fact suppertime and I was in fact hungry and the food smelled oh so good. I had the privilege of sitting and talking and sharing with not only my patient but also his entire family as they ate and interacted with each other. My patient was very engaged during this time obviously loving that his family was together. I came back a few days later to fit the recased hearing aids and couldn’t help but be shocked by how much had changed in this man. I didn’t know that so much could change so fast. I almost didn’t recognize him given how much of him had wasted away. Even in this state he shared his gratitude for helping him hear and communicate with his family during this time. It was a short time after this that he passed away.

For anyone that has had a loved one pass away there is often that memory of that last conversation that we hang on to. We can hear those last words spoken echoing in our memory for years to come. Sometimes the words we remember are the words that they speak to us but often we remember the words we spoke to them when they could no longer speak but perhaps could still hear and understand. I am not sure it is possible to put a value on that time spent together and the impact it can have. 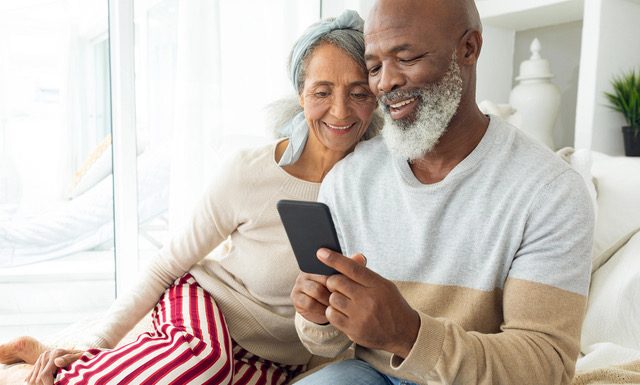 Cosmetic Treatments at Fifty: What to Consider

Our Earliest Passions Shape Our Future: Ready For The Big Time (Part 6)

Why Grieve? Don’t Family Caregivers Have Enough to Deal With?

6 Reasons To Get Your Hearing Checked Today