Nobody, it seems, wants to discuss the prospect of assisted living with seniors, least of all their kids. For proof of that, just ask Amy — Amy Dickinson, that is.

Her nationally syndicated advice column, which is in fact called Ask Amy, has been a newspaper staple for years. But she found herself posing as many questions as she answered during a 2010 appearance on an NPR show devoted to the topic of one of life’s more difficult discussions: How do you broach such a sensitive matter with a loved one?

Dickinson’s family was at that very moment facing such a dilemma, as her aging mother was still living at home, despite indications that she might benefit from being in an assisted-living facility. And the first part of the challenge, Dickinson told host Neal Conan, was denial:

“You know, we had a plan (as a family). Here was our plan: No one in our family was ever going to get old. No one was going to get frail. … That was the extent of our plan. And we never discussed this, ever. As a family, we just didn’t go there.”

No one wants to initiate the talk — or should it be The Talk, in capital letters? — and most seniors don’t want to hear it, because they don’t want to so much as entertain the notion of losing their freedom. There is also a fear of the unknown, of leaving a house in which they have often lived for years.

But the bigger issue was best summarized by Sheri L. Samotin, founder and president of LifeBridge Solutions, in a post that appeared on the website Agingcare.com. Samotin’s company, based in Santa Monica, helps seniors and their loved ones navigate transitions like the one to assisted living, an increasingly common occurrence. As of 2016, there were one million Americans living under such circumstances, a number that is expected to double by 2030.

The discussion is difficult, Samotin said, because the move itself is so difficult:

“Even if they can’t articulate that or admit it to themselves, the underlying reason that elders don’t want to move is that they feel they are going there to die. Even if they know it’s the right thing and good for them, it’s not easy to acknowledge that you’re at the twilight of your life.”

And that trickles down to the younger folks in seniors’ orbit. They don’t want to ever, ever see themselves in that position. Carol Bradley Bursack, editor in chief of eldercarelink.com and author of Minding Our Elders, said during that same NPR discussion that “we’re facing their mortality, and we’re facing our own, because we know we’re next up.”

So what’s a loved one to do? How best can they approach this delicate conversation?

Here are some ideas:

All too often these discussions come after seniors have had a debilitating fall or incurred a serious health problem, leaving them with little choice other than to make the move. It is far better, however, to broach the topic well before that — perhaps by making it clear that there are options available that will simplify their lives. Maybe it’s a matter of pointing out they will have somebody to cook for them and clean up after them. Or that they will be around people their own age. Or that they will never have to mow another lawn or rake another leaf. But there are plenty of ways to do it.

It is particularly important to make it clear that the decision is theirs; there is no surer way to foment resentment than to tell them what they must do, as opposed to presenting options of what they might do. Words matter. It is why Dickinson and her two sisters sat down and actually rehearsed what they were going to say to their mother.

That raises another important point: There is strength in numbers. Other children should be involved in this process, if possible. Input from a third party, like a doctor or clergyman, can also be helpful. And if you can arrange a conversation between a reluctant senior and someone who has already made the move — particularly someone they know — that might be best of all.

While many seniors might insist they are doing just fine aging in place, closer inspection is required. Agingcare.com provides an extensive list of things children and caregivers would do well to note about a senior’s homelife, encompassing topics like:

In Dickinson’s case, the tipping point was a particularly snowy winter. She was well aware that her mom couldn’t deal with that — and that help would be slow to reach her if she had a medical emergency.

It goes without saying that a child should also be fully aware of his or her parents’ financial situation, as assisted living can cost as much as $4,000 a month.

Many observers see great benefit in taking a reluctant senior on a no-strings-attached tour of a facility — maybe for a meal, maybe when the residents are engaged in an activity. That will help them understand exactly what they might be getting into, and can go a long way toward allaying their fears.

Along with that, it is important for them to see that far from abandoning them, their child or children will be advocates for them as they enter this new phase of life — that there will be regular visits, consults with healthcare professionals, etc.

Sadly, there have been cases where a senior refuses to make a move, and either a family member or a county’s adult protective services feels compelled to initiate proceedings to establish a guardianship. It usually occurs in cases of abuse or neglect and involves a senior who can neither make decisions nor care for him- or herself.

Susan B. Geffen, an attorney specializing in elder law, told Agingcare.com that the process is long and costly, and that judges typically rule in favor of a senior’s independence, owing to a 20-year-old U.S. Supreme Court ruling that found it discriminatory to institutionalize those with disabilities. Nursing homes and assisted living facilities fall under that institutional umbrella, according to Geffen.

Happily it doesn’t usually come to that. Doesn’t mean The Talk is any easier, however.

Oh, and Dickinson’s mom? She did in fact agree to go to an assisted-living facility, and maintained her sense of humor while doing so. As her daughter related on that long-ago NPR show, the elder Dickinson said getting old is “pretty exciting.”

It need not be agonizing, though. By trusting in this process, you can help ease a senior’s transition. 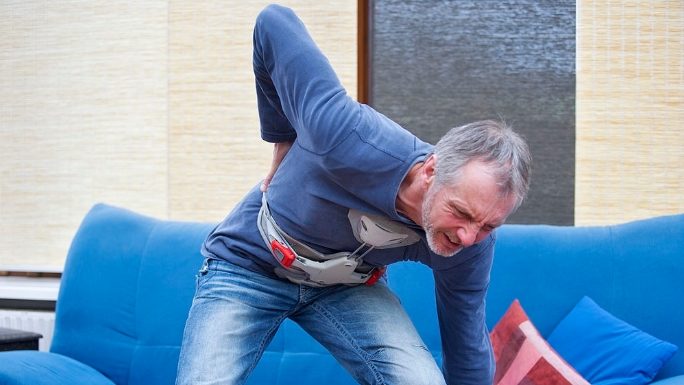 Are Back Braces Effective In Preventing Injury?

How You Feel About Aging Says Something About You

Safeguarding Seniors: How to Minimize Falls