Throughout the history of 20th Century music and musicians, no living musical icon has had as many ups and downs in their career as Connie Francis. Connie Francis was born Concetta Rosa Maria Franconero on December 12, 1937 to an Italian-American family in the Italian Down Neck, neighborhood of Newark, New Jersey.

In her autobiography ”Who’s Sorry Now?”, published in 1984, Francis recalls that she was encouraged by her father to appear regularly at talent contests, pageants, and other neighborhood festivities from the age of four as a singer and accordion player.

Her first professional appearance was on NBC’s variety show Startime Kids between 1953 and 1955. Due to her reputation on that show she was asked to try out for Arthur Godfrey’s Talent Scouts the forerunner of today’s American Idol. During the rehearsals for her appearance on Arthur Godfrey’s Talent Scouts. Francis was advised by Godfrey to change her stage name to Connie Francis for the sake of easier pronunciation. Godfrey also told her to drop the accordion. This advice she gladly followed, as she had begun to hate the cumbersome instrument. Around the same time, Francis took a job as a singer on demonstration records, which were brought to the attention of established singers and/or their management who would subsequently choose or decline to record the song for a professional commercial record.

In 1955, Startime Kids went off the air. In May of that same year, her father and Francis’ manager George Scheck raised money for a recording session of four songs which they hoped to sell to a major record company under Francis’ own name. Every record label they tried turned her down, mainly because, as a demo singer, Francis could copy other popular singers of the day like Kitty Kallen or Kay Starr, but had not yet developed a distinctive sound of her own.

MGM Records decided to sign a contract with her, it was basically because one track she had recorded, “Freddy”, happened to be the name of the son of a company co-executive, Harry A. Myerson, who thought of this song as a nice birthday gift. “Freddy” was released as Francis’ first single, which turned out to be a commercial failure, just as her following eight solo singles were. Despite these failures, Francis was hired to record the vocals for Tuesday Weld’s “singing” scenes in the 1956 movie Rock, Rock, Rock with Rock n Roll’s first Impresario Alan Freed.

In the fall of 1957, Francis enjoyed her first chart success with a duet single she had recorded with Marvin Rainwater: “The Majesty of Love”. It peaked at number 93 on Billboard’s Hot 100. Eventually, the single sold over one million copies.

Francis was considering a career in medicine and was about to accept a four-year scholarship offered at New York University. At her final recording session for MGM on October 2, 1957, she recorded a cover version of the 1923 song “Who’s Sorry Now?”, at the insistence of her father, who was convinced it stood a chance of becoming a hit because it was a song adults already knew and that teenagers would dance to if it had a contemporary arrangement. They argued about the song right up to it’s recording time. On January 1, 1958, it debuted on Dick Clark’s American Bandstand. Six weeks later , Francis performed it on the first episode of The Saturday Night Beechnut Show, hosted by Clark. By mid-year, over a million copies had been sold, and Francis was suddenly launched into worldwide stardom.

Singer/Songwriter Neil Sedaka played a song he wrote for the female group The Sheppard Sisters for Francis called “Stupid Cupid.” When he finished, Francis announced that he had just played her new hit song. It went on to reach number 14 on the Billboard charts and another million selling record was hers. Momentum was on her side and through the remainder of the 1950’s and early 60’s she struck gold 8 more times.

The success of “Connie Francis Sings Italian Favorites” recorded in late 1959 led Francis to become one of the first American artists to record in other languages regularly. In the early years of her career, the language barrier in certain European countries made it difficult for her songs to get airplay, especially in Germany. Veteran lyricist Ralph Maria Siegel penned a set of German lyrics, for her US hit, ”My heart has a mind of It’s own” named “Die Liebe ist ein seltsames Spiel”, which, after some friction between Francis and her MGM executives, was recorded and released. The song peaked at number 1 in Germany for two weeks, as it did in many other countries, and Francis had six more number 1 hits on the German charts.

Already able to speak Italian and Yiddish she recorded in those languages as well and she became the first International female recording artist, recording her American hits in 15 different languages. Francis enjoyed lasting chart success in the US until her contract with MGM Records ran out in 1969. She decided not to commit herself any further to her longtime record company, weary from almost 15 years of uninterrupted recording, live appearances, television and motion picture work, and travelling. From 1970 until 1973, Francis lived in semi-retirement, appearing only occasionally as a special guest on TV shows.

In 1973 she went back to recording and performing once again to sold out crowds. While appearing at the Westbury Music Fairin New York, on November 8, 1974, Francis was raped at the Jericho Turnpike Howard Johnson’s Lodge in Jericho, New York, and nearly suffocated to death by a heavy mattress that her assailant had thrown upon her. Her rapist was never found. During the years after the incident, Francis went into a deep depression, taking as many as 50 Darvon pills a day and rarely leaving her home in Essex Fells, New Jersey.

In 1977, Francis underwent nasal surgery and completely lost her voice. She went through several more operations and even when she got her voice back, she was forced to take vocal lessons to get her voice back to what it once was. Francis returned to the recording studio in 1981 to cut more records and after a long absence it seems her life was once again on track.

Tragedy once again struck Connie Francis’ life as her brother, George Franconero, Jr., to whom she was very close, was shot by Mafia hit men in 1981. Despite this, she took up live performing again, even gracing the American Bandstand 30th Anniversary Special Episode and appearing in the town where she had been raped. Francis’ new found success was short-lived, as she was diagnosed with manic depression, which brought her career to a stop for another four years. She was committed to a total of 17 different hospitals. Francis admitted that she nearly committed suicide because these hospitals were extremely depressing.

in 1984, Francis was able to write and present her published autobiography, Who’s Sorry Now?, which became a New York Times bestseller. However, despite the fact that her 1982 recording “There’s Still a Few Good Love Songs Left in Me” brought Francis her last song on the country charts, several songs never made it beyond the status of being recorded.

In late December 2004, Francis headlined in Las Vegas for the first time since 1989. In March and October 2007, Francis performed to sold-out crowds at the Castro Theatre in San Francisco. In 2010, she also appeared at the Las Vegas Hilton with Dionne Warwick, a show billed as “The Grand Divas of Stage”. Today at age 80, Connie still performs when she can and seems happy to perform for her adoring fans. Not many performers could have gone through so much in life and still be alive and able to talk about it. Connie Francis, a living legend. 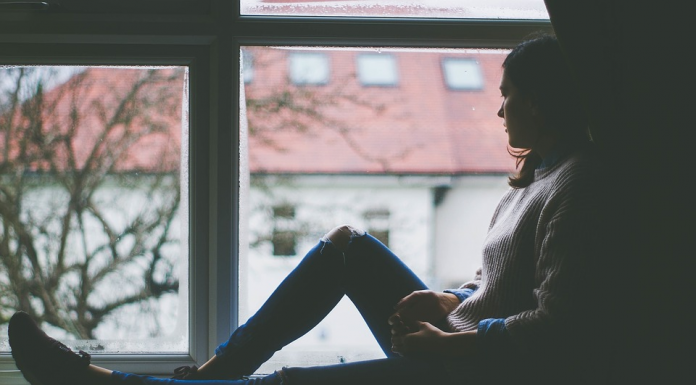 6 Ways How Travelling Can Help You Fight Depression

It is Time to Confront Canada’s Dementia Challenge

Aging With a Disability

How does a Reverse Mortgage in Canada Protect Seniors

Budgeting Respite Time On A Budget