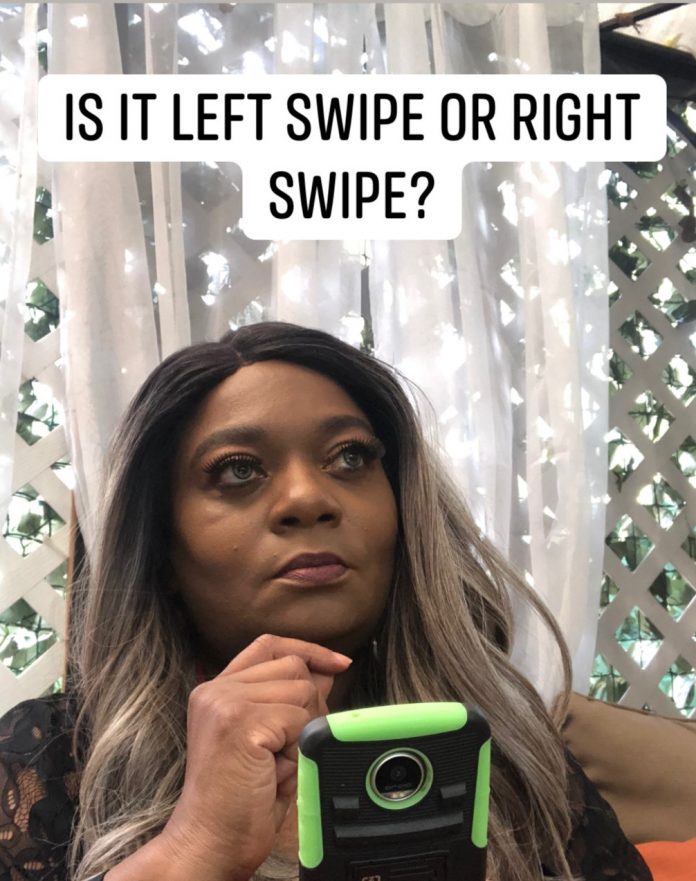 Husband number three was supposed to be the do it right this time, guy. He, like I, was a recovering addict. However, he managed to convince himself that he could not live up to a wife with three college degrees, a wife who was the author of two books, a wife with a good job, making enough money to support herself, buy a home, and a new car.

Instead of making the needed changes to upgrade his life or leave, my husband decided to return to drugs along with his old stomping ground homies. He was able to get away with it for close to a year. After an accident, I had two back surgeries within eight months. The same week the first back surgery was done; I also had another accident leaving me with second and third-degree burns on my stomach.

My doctors had me under several pain killers for a while, so my husband took advantage of the situation by stealing things out of the house and getting high. Once I emerged out of the fog, I put two and two together, met with a lawyer, and he had to go. I did not care where he just had to go. It was not my job to boost his morale or dumb myself down to make him feel better about who he was.

Once the divorce was complete, the wise decision was to take it slow before jumping into the dating pool. At the age of 56, there was still a lot of life in me. When it was time, I decided to try online dating. My posted pictures were sexy with class. However, it seems that men have a hard time getting past sexy and not seeing the classy.

The first few sites resulted in 18-year old’s attempting to convince me how much they love being with sexy older women. It was as if these young, recently adult men had spent their newfound adulthood under the covers of much older females nightly. I was in my 50’s trying to repel the hormones of oversexed crazies. They were relentless.

Next, I headed over to the more mature dating site. I assumed a senior dating site would result in a meet and greet with a sexy age-appropriate man. You know, the kind of man who had lived life, now mature minded and finished with boyish behaviors.

Ha! The only differences between the 18-year-olds and the older men were the bald heads, gray hair, and pot bellies. Other than that, these 55 plus men were worse than their younger counterparts. I don’t know if they were having an identity crisis, a midlife crisis, or they didn’t have a clue.

The men had no problem telling me what they wanted, how they wanted it, and where we would meet to do it. They were always asking for naked pictures or private part pictures. They had no shame whatsoever, as if it was their right, with the expectation they were about to hit the jackpot. When I refused to engage, it was as if they had no idea that there were women who would say no.

Some of the men started their conversations, talking about how pretty and sexy I was. They loved the pictures. Most were brave enough to make inappropriate comments and propositions.  Once I made it clear that this senior female would not engage with them, they became disrespectful. A few of them let me know that I should be ashamed of my pictures. I did not care one bit about their opinions of me.

Dates? Yes, there were several. Most of the time, I knew before the dates were over, a second date was not happening. As a person of color, interracial relationships were a part of my life. But, when you meet a new guy, not of color, it is easy to assess when he is just interested in dipping in the chocolate pool. No way I would let that dream come true.

Some men were under the impression that all women are on dating sites were there for the immediate hook up for sex. They had no plans taking me out to dinner, just I’ll come by your house, hit it and run. Sorry, that is so not me.

The next group of men I had to watch out for were the ones who set up fake profiles. They plan to suck you in with lies. For me, it was easy to know a scammer because most of them will tell you that they are engineers, work on oil rigs, are serving in the military overseas, their wives had died in car accidents, and their children are with other relatives. By the way, many of these men have poor grammar in their messages. It’s a dead giveaway.

Scammers always ask, where are you live? Do you live alone? Do you have kids? What do you do? My response is, do you not read profiles? There have been times when they tell you how much they love you, and they can be persistent about it. Then some send serious love letters just after a few messages that sound too good to be true.

The best way to handle this is to take a few sentences from their stupid, too good to be true messages and google them. Every time I have done this, their fake conversations show up as an alert on a scamming site as messages that have been used multiple times on dating sites. Then, I send a copy of what I found to alert the scammer and let him know the jig is up.

A few of them acted insulted; some reacted as if they were shocked as if someone was copying their love messages. These are who I call the foolish people. After all, I am a descriptive writer, and when strung together words sound unbelievable to me, I will check it out. So far, my instincts have been right every time.

There were several men I met who wanted me to become their mistress. They would take me out to dinner with the plan to end the night at a hotel. I would be on standby for a man who would never leave his wife for me. The problem with that? I am so much better than a mistress. I did not pull myself out of three bad relationships just to be sitting idle on the sideline, waiting for a man to call on me so I can take care of their sexual needs.

After all the changes made in my life to distance myself from being disrespected by men, never their number one interest, purposely allowing myself to be the other woman; was not going to happen again. The oddest thing was that the men looking for a sex only mistress seemed to be nice men looking for what they may not be getting at home. It just wasn’t going to be with me.

In writing this, I have to be honest about a few questionable situations that I alone allowed myself to step in. After my last divorce, all I wanted to do was get out into the world of dating fast. In doing so, I did not always play out possible scenarios after setting up a date. I failed to use common sense.

For instance, after talking to a man online, then on the phone for several weeks, we agreed to meet at his home in Nashville. When we first met, he seemed to be a nice guy. He was nice enough for me to consider staying the night. His adult daughter also lived in the apartment so spending the night felt safe. However, the roaches did not sit well with me. Because it was late, I decided to spend the night.

By the time he was ready for sexual action, I had noticed this mysterious, strange rash on his backside and on his thighs. When I asked him about the rash, he casually said he did not know what it was. The more he scratched, the more I realized I needed to leave. However, I did not. I endured. The next morning, I quickly packed my things to get the hell out of there. He did not walk me to my car.

Another guy from the senior dating site was a lot of fun. The problem was that we did not have anything in common outside of sex. We dated for several months until he cooked breakfast one morning, and when he handed me the butter for my pancakes, it had grown mold in it. One snarky remark about mold in the butter was enough for him.

Then there was the guy who had the same birth date as mine. According to him, this was a sign from God, putting us together. I do not know what I said to convince myself to be his woman, but it must have been a humdinger. This relationship, too, was short-lived because once I saw him naked in the light, life, as he was enjoying it with me, was over. To this day, I can still hear his words, “Come on, baby, please your man,” after I thought I just did. Yes, I’ve made some poor choices at the beginning of online dating.

Just as I was about to give up on dating sites, a guy in my area messaged me to let me know he wanted to take me out for my birthday. He also likes my pictures. He was a musician and invited me to meet him at the bar where he was singing and playing guitar that night. When I arrived, I saw him before he saw me. I liked what I saw. He was not only handsome with a beautiful smile; he was respectful, caring, kind, and he could sing. He made me feel special when he was able to sit and talk. At the end of the night, he wanted to see me again.

Five years later, the singing guitar man and I are still together making beautiful music of our own. You can find relationships and love on the internet, with patience. As soon as you realize something is funky with the person on the other end of a message, block them ASAP!! Do not get sucked into the dark web of scammers. Nothing good will come out of it.

However, with all of the negative experiences I had on dating sites, including the senior sites, all that is left to say is, ladies don’t give up on love through dating sites; it is possible. There are good guys out there. Just make sure you have a weed eater. 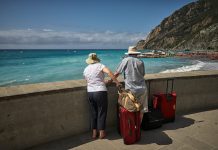 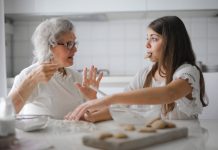 6 Fun Additions to Your Home that Your Grandkids Will Love 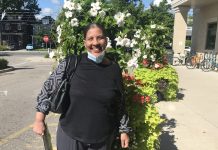 Please use our Contact-Us Form to reach us or use the email link below.
Contact us: contact@seniorslifestylemag.com
© 2019 SeniorsLifestylesMag.com