Yes, life is a battleground. Or is it love? Actually I’d say both. I’m originally from Detroit and tough is part of what I am and why I have fought so hard to overcome the numerous obstacles we all find in our way when we are seeking another road to travel.  Being born in Los Angeles is almost a handicap of sorts since it is a land of suspended reality.

But on to new roads that seem fraught with unknown debris and challenges, that at times seem almost insurmountable. And I suppose that is the point of it all, to move forward and slay greater and more illustrious and star-studded dragons.

In Detroit we build them Ford tough.

It was never mandated in the charter of course, but for some reason in the DNA of Detroiters there exists a piece of its history. The toughness that created an industry that moves the world. Hard work innovation and steely resolve is what floated in the air and seeped into each of us.

There are days I wonder if even a great and wise warrior like Sun Tsu could navigate the streets of LA.

Navigating Lalaland is a metaphor for overcoming the trials and tribulations of life. The roadblocks, sinkholes, sheer volume of traffic preventing you from reaching your appointed destination, perfectly describes what we all face each day. Yet L.A. magnifies all the craziness that is the human condition, the joy, struggles, pain, passion and heartbreak. Driving in L.A. is an exercise is sheer determination and one that requires a strength and humor beyond human endurance.

So why you ask do I brag about my Motown roots? Selfishly I am sick and tired of telling people I am from Detroit and having them look at me like I’m about to pull a gun on them.

Of course we all look fondly back on our childhood homes and a part of us wants to run back and hide under our bed to make the world disappear. It seemed safe and cozy when we were young and even for a short time, innocent. So I imagine it’s the temptation to return to that time before we knew what life was really about and how badly we could be hurt that draws us home.

The mislabeling gods are hard at work trying to convince us that there is something called the golden years. This is a time in our lives when we’re supposed to be able to reap the benefits of a life long lived to relax and enjoy. But is simply filling our days living? Is it enough to keep busy finding ways to occupy our life and is filling our days equal to filling our potential.

Of course there are many among us of a certain age that would argue that they are happy indeed simply filling their days as they choose. Playing golf, taking wine classes, maj jonging, bridging or mall walking and lunching with friends. So many women in their golden years are alone now and many many by choice I might add, that the filling of days are far different from my mother’s generation.

I had always supposed the golden years would be spent in Boca where Jews once went to die while happily decorating the condo, fighting with the condo board and schlepping to early bird specials and out with friends.

But are the best-laid plans actually the best plans after all? Are the different parts of life the same for everyone and if we could choose a certain life does that necessarily mean it will come to pass?

When I was a child it seemed plans were easier to carry out. I saw my parent’s generation plan for retirement and achieve their vision. There was far less divorce, and widows and single women seemed to pair up with perfectly acceptable husbands in a very rapid time span so most weren’t alone for long. Today it is quite different. My single friends are still single. Cruises are filled with groups of friends traveling together and enjoying their freedom.

I suppose that begs the question what is freedom and is it good for everyone?

Because of the Feminist Movement it is now acceptable to travel alone, dine alone and generally live your life as you choose. Single women are not cast upon suspiciously as they once were and I will be the first to say I applaud the change.

Dating sites are filled with men and women who pretend to be looking for love, but are they really? Or are they simply trying to fulfill some ancient mating ritual that has outlived its usefulness. Men on these sites are like butterflies that flitter from one woman to another when a brighter one catches their eye.

When I first moved to L.A. a woman I met in a consignment store while I perused a divine pair of earrings said she would absolutely not become a nurse or a purse for any man.

At the time being naïve I wondered, are these the only two choices a single woman has? The options seemed as limited as the train schedule from Detroit to Cleveland

In this new age is a woman foolish to want to be unbound and free to choose how to spend her own time?

Is it ironic that in a time when the world is totally unsafe and scarier than ever women choose to plod about it by themselves? And if the old feeling of being protected by a man is truly archaic than what caused such a seismic shift in our golden year choices?

Navigating through life is much the same as sitting in the car with a husband that will not consult a map. Frustrating as hell as I recall, torn between winding up in some frightening deliverance scenario on an uncharted back road or becoming a nag of gargantuan proportions as you watch the road become more deserted and the gas tank move ever closer to empty.

Is it important to share your life with someone if that life is an unhappy one? Are too many women willing to give up too much of themselves to be with a man and if so is this a new phenomenon?

Am I enough for myself or do I need a man to complete me?

Will my life be lonelier and emptier without my husband?

Can I live a rich full life alone or is it some ancient human instinct to bond and be part of a pair?

Adam and Eve I guess. After all weren’t they the first evidence of the fact that marriage is nothing if not compromise? Even after she opened the door to Mr. Snake and got them thrown out of paradise, Adam was willing to stick, although there were obvious perks for him in that arrangement.

Is it easier to compromise when we’re young and still believe we have all the time in the world to make things perfect and right? Or as we get older do we more readily accept the fact compromise in a marriage or relationship is as rare as a supermodel downing a giant helping of bread pudding?

If as Kris Kristofferson says “freedom’s just another word for nothing left to lose, is it actually so much more to gain?

And what the hell does “Me Too” mean anyway? It’s truly a belittling phrase. It implies that someone comes before you and you are nothing more than a hanger on or Johnny-come-lately to the party. Much like a girl screaming at her big sister to take her along on a play date. Me Too! What genius concocted that one?

My generation called ourselves feminists and burned our bras. Well I confess I couldn’t burn mine because with my breasts I would have kicked myself to death. But I digress. Wouldn’t it be more appropriate to say, Me First?

I have wrestled with the whole should I shouldn’t I become a part of a set again for years and as close as I’ve come to answering yes to that question something inside says run at the prospect. I’m not certain if that’s me, or just the new Los Angeles part in me talking, but I know it’s much easier here to be single. I can’t say how I’d feel if I lived somewhere else, but I don’t, so I needn’t worry about it. For the time being this girl is on her own and loving it.

And as Frankie Lyman once sang…why do fools fall in love? 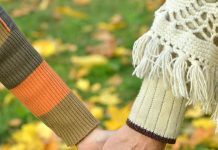 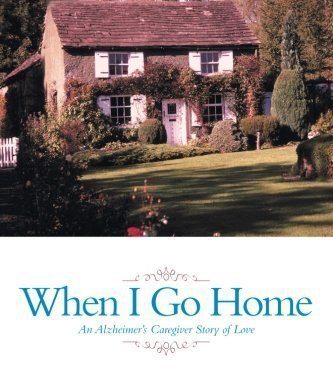 Avaline: This Organic Wine is Here to Stay

Why Seniors Should Return to College