Generally speaking, dogs are my favorite people. But I draw the line at the two yapper dogs in the yard beyond my back fence. They are annoying little Maltese creatures that look more like walking mops than functional canines. If wombats had long hair and received daily adrenaline injections, they’d be less obnoxious than these two things. My 91-year-old Dad hears them too on a daily basis, but nothing bothers that man. I don’t know how he does it, but I suspect he’s been around the block so many times that he now owns the block. He’s been unflappable for nine decades. Ah, the grace of age.

As for the little dogs, they are relentless. Whenever their owner puts them in the back yard – about 150 times a week – I can hear them getting riled up about one thing or another. For a while I was fascinated to think that there could be such an excess of activity in their own yard that caused them always to be yapping at something. There’s a population of your standard lizards, birds, and squirrels, of course; and living in Florida there’s always the random alligator to worry about – now that’s something for a dog to get excited about!

But the high-pitched barking never stops. Every sound or movement seems to set the little dogs off. My therapist has attempted to teach me how to push the grating noise as far out of my conscious mind as I can, but quite against my will, the subconscious mind dwells on them, wondering why they’re always so upset.

Until one day it hit me – I think they’re yapping at me!

Apparently, just walking into my bathroom triggers them. The distance between my bathroom window and the backyard fence is only fifteen feet, so they can hear me opening and closing the door, turning on the water, etc. They can even hear me talking with Dad and doing activities in other parts of the house. I suspect they have our phones tapped. Either that or they have spies inside. I don’t trust those little creatures, and I fully intend to have our house swept for bugs next week.

In any case, for quite some time now I’ve been hoping that they would just chill out and take a break from what has to be a high-intensity dog workout. You’d think the expenditure of all that energy would leave them emotionally drained at the end of the day. But that never happens. I’m hoping against hope.

Usually when you live next to something that causes noise on a regular basis, you get used to the sound. It becomes part of the background. You notice it only when a visitor points it out. Then your reaction is like, “What earthshattering noise? Goodness, I hardly notice that category 9 hurricane passing through my house anymore.” But the dynamic of fading background sounds doesn’t seem to apply to dogs.

It’s not working too well for me either. Their yapping would wake someone in a coma. Except my Dad, of course, who calmly sips his coffee while the noise plays out beyond the backyard fence and placidly wades through the 341 AARP-related newsletters that have been sent to him without his consent in the past two weeks. (Apparently, once you get on someone’s mailing list…you can never go back.) Like the yapping, though, he takes it all in stride.

It’s quite shocking to realize that I, bathroom visitor, am the source of my own problem with these creatures. I can’t just shove them into my subconscious mind anymore and go on with my business (metaphorically speaking, of course). Since that dreadful revelation, I’ve become even more sensitive to their sound – and more deeply afflicted by it. I tiptoe to the bathroom now and make every effort to close the door without a sound. I’m tempted not to flush. It’s getting bad. Dad watches his son’s semi-paranoid behavior, fully aware of what is going on, and just shakes his head and leaves me to my torment. Thanks for all the support, Dad.

The horrible affliction reached its climax the other day when we volunteered to dog sit for another neighbor’s two-year-old Rottweiler. In her first trip to our backyard she was rudely introduced to the yappers. On the positive side, I’m happy to report that I’m not insane. The big dog had the same reaction to the hairy wombats that I do, although she lacks a subconscious mind to shove her frustrations down into. Immediately, there was an “incident” between her and the little yappers that took an appalling thirty seconds to play out. It was … shall we say … not pretty.

The real question is this: What kind of canine hubris does it take for a five-pound ball of fur to taunt a Rottweiler, the world’s most efficient killing machine? Are they not aware that they’re trash-talking the Hound of the Baskervilles? Evidently not. So, on top of being annoying, they’re also incredibly foolhardy, and possibly suicidal.

Once started, the virtual dogfight through the slatted fence was nothing short of brutal – a thirty-second Armageddon! I tried to talk some reason into the Rottweiler: “You’re better than that! You’re the big dog here. You have to take the high road,” and other such moral exhortations. She was having none of it. In fact, she poured it on louder and stronger with her terrifying bark echoing through the neighborhood and big paws clawing the paint off the fence. Halfway through, I thought the fence was going to give way. Images of bits and pieces of little-dog bodies flashed through my mind.

What could I do? I was losing control and the dogs on both sides were out of control. The melee was going on too long. The dam was breaking, the noise was unbearable, disaster was stalking the entire neighborhood! I considered calling 911.

I turned, and there was Dad holding a garden hose like an AK-47. “Works every time,” he said calmly as he placed the nozzle back into its holder. 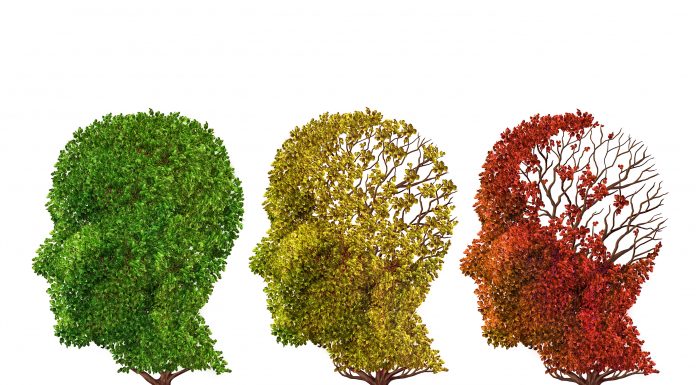 The Financial Impact Of Seniors Supporting Their Children

How To Stay Healthy As You Age