When you’re reading a book, are you more interested in looking at the pages you haven’t seen yet, or are you more eager to go back and re-read the ones you already have?

Do you generally find that the final chapter of a book contains a few more interesting plot developments than the first, introductory chapter?

Well, in the book of life, things work pretty much the same way as in a book that you might read. That’s why you should look forward with great anticipation to the pages that still lie ahead of you.

Yet, society often tends to imply that things should be the other way around. When someone describes the ideal life in later years, it usually sounds like a repeat of one’s early days instead of a move into something altogether new and different.

It’s assumed that if you want to be happy and successful as you grow older, you have to keep on with all the same activities that you enjoyed in your younger years – like running, gardening, playing sports, or dancing late into the night.

Sure, those younger years had some advantages, primarily in the physical realm. On the other hand, the advantages that come with the later years tend to be based more on knowledge and mental dexterity instead of on physical things. Unfortunately, that seems to make them less fun. And there’s a tendency to associate the term “later years” with “final years,” which sounds like a very painful thought.

Maybe it’s time to concentrate on the special benefits that those later years do have to offer – things like the wisdom you’ve acquired and the many warm relationships you’ve built.

The book of your life is a fascinating story in so many ways. To begin with, of course, it’s a story about YOU, and what could be more engrossing than that? In addition, there’s no way of knowing how many chapters are still to come in this book, which is both exciting and scary. And most importantly, you yourself pretty much get to determine how the story unfolds.

There’s no better time than today for you to think about what you’d like to see in the coming pages of your life story. Is it going to be a romance, travelogue, adventure, or comedy? Just don’t let it be boring, because that might make it sort of a tragedy.

They say that life’s an open book, and we
will learn more from it than any book we’ve read
but the pages to really focus on should be
Not those we’ve finished, but the ones still ahead. 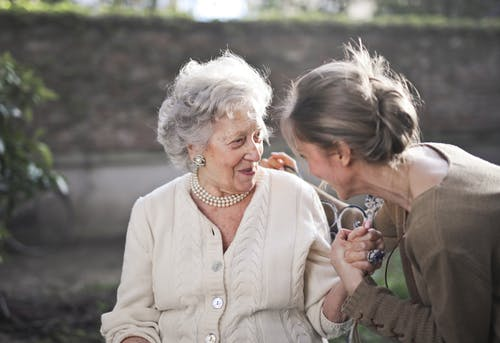 A Visual Guide To Distinguish Between Palliative And Hospice Care

Technology: Guidance On Including Senior Citizens In Developing Digital World

Osteoporosis Prevention as You Age

Aging Safely in Your Home