If you look at Barack Obama when he left the White House at the end of his presidency, it seems like the years had certainly taken their toll. Many would argue that the stress of being President had caused him to go grey or was it simply because he was eight years older?

Throughout history, stress has often been associated with turning the hair grey from past presidents to historical legends. In the 17th century, Marie Antoinette’s hair was said to turn grey overnight with the stress of facing execution the next day. Scientists have said this to be highly unlikely, but stress may play a part in the more gradual process of greying.

To understand if stress causes or simply contributes to the greying process, we must first look at how our hair changes color. Only then can we assess if less stress in our lives could delay the onset of grey hair. Going grey may cause you to be stressed, but does being stressed cause grey hair? Read on and all will be revealed!

The Science Behind Hair Color

The coloring process of hair begins in the follicles – sunken pits in the scalp where hairs grow. The average human scalp has over 100,000 of these teardrop-shaped cavities which are capable of growing many hairs in a lifetime. Cells called keratinocytes produce keratin, a colorless protein that gives hair its texture and strength.

Neighboring melanocytes manufacture a pigment called melanin which colors the hair like melatonin gives the skin its color. Hair melanin comes in two shades – brown/black called eumelanin and yellow/red known as pheomelanin. These two shades combine in different ratios to create the vast array of hair colors we see around us. Too little melanin can make the hair grey, whereas no melanin leaves hair white. 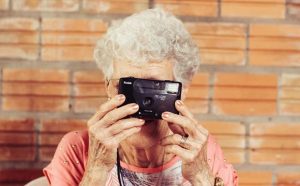 What Leads to Less Pigmentation: Genetics or Stress?

Just as our hair color can be affected by genes, early balding, early greying and male pattern baldness have also been shown to be hereditary. The number of hair growing follicles we have, the amount of hair growing cycles per follicle and the quantity of stem cells we have are all influenced by our genetic makeup.

What genetically causes melanin to be reduced and hair to turn grey was a mystery until a team of researchers discovered the first gene linked to grey hair. A gene previously linked to blonde hair was found to account for about 30 percent of hair greying among 6000 participants who took place in a 2016 study. (source)

So far we know hair color is produced by melanin, and as we get older, we produce less melanin. Our rate of melanin production is predetermined by our genes, but can also be affected by smoking, poor health and low B vitamins. We can often gauge when our hair will begin to go grey by looking at what age our parents’ hair started to change.

Extreme stress can cause hair loss in a condition known as telogen effluvium, but the connection to greying is less clear. Many doctors and scientists argue that stress causing hair to turn grey is a myth. The link is not that black and white – more of a grey area if you will excuse the pun!

Stress hormones have been linked to a “free radical theory of greying” where the failure to produce melanin is a sign of stress induced damage. High or chronic levels of stress may lead to excessive production of free radical cells which can damage healthy cells or cause them to mutate. This results in a reduction or failure to produce melanin by the melanocytes. (source)

Stress hormones are not always a bad thing in our body, we actually need some stress hormones to activate certain muscle groups. Hormones like cortisol and adrenaline can provide boosts of energy when we need them as a “fight or flight” response of the body. However when they remain in the body in high levels they can get in the way of neurochemical signals between the keratinocytes and melanocytes. Melanin may be produced but stress hormones block the pathways and the color is never delivered to the hair. (source)

Unfortunately, cutting stress out of your life isn’t going to stop your hair turning grey. Many scientists are starting to gather facts that stress can speed up the greying process, but there is little scientific evidence that stress is the singular cause for grey hair. Stress and lifestyle may give a variation of plus or minus five years on a largely genetically determined timetable of going grey.

One of the main issues experts have with stress causing grey hair is the slow and steady rate in which we lose pigments. Hair grows at the rate of about half an inch a month and the lifespan of each strand is anywhere from two to seven years. This life cycle could be disrupted by physiological stress like illnesses or drastic weight loss but psychological stress is normally too temporary to change hair color.

A study of Danish identical and non-identical twins in 2009 concluded that genes rather than stress make women’s hair go grey. The study found very little difference between the greyness of identical twins who share the same genes compared to the non-identical twins. Dr David Gunn summed up the study saying “The research indicates that irrespective of how stressful a woman’s life is, there are greater forces at play which are more likely to cause her hair to grey.” (source)

Other Factors More Likely to Cause Grey Hair Than Stress

Although there is not enough medical evidence to prove stress causes grey hair, experts have shown factors other than genetics can contribute to the change.

Smoking makes carbon monoxide bind with the hemoglobin in blood cells and prevents oxygen from reaching the melanocytes. This inhibits the production of melanin and stops color reaching the hair. Cigarette smoking has been linked with greying of the hair, in particular to premature greying occurring before the age of 30. (source)

Vitamins also play a major role in the pigmentation process of the hair. Vitamin B deficiencies are the most common culprit for premature greying. One study even showed the reversal of premature greying when a vitamin B12 deficiency was resolved. (source)

Our hair even bleaches itself, causing it go grey or white in the process. A study published in 2009 showed hydrogen peroxide naturally occurs in our hair follicles and builds up as we get older. This build up not only bleaches the hair but also blocks production of melanin – our hair’s natural coloring agent. (source) 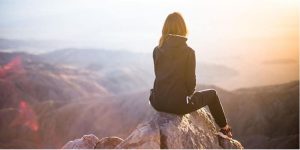 Stress Won’t Cause Your Hair To Go Grey, One Less Thing To Worry About

As we get older, it’s inevitable that at some stage our hair will go grey. There’s not much we can do about it, it’s mainly been set out already by our DNA. Stress is still linked to wrinkles and hair loss but when it comes to going grey, daily stress is not the main culprit. Stress may not be the cause of grey hair, but worrying about greying can cause much more serious health issues from stress.

Your hair will naturally start greying sometime in your 30s or 40s, but if you are constantly stressed out about it, the resulting inflammation may speed up your hair’s color change. Your best bet is to cut out the cigarettes if you smoke and keep your stress levels in check as much as possible. It may not stop your hair from turning silver but it certainly won’t hurt.

As for Marie Antoinette, maybe she had grey hair all along and just simply stopped wearing her wigs just before facing execution! 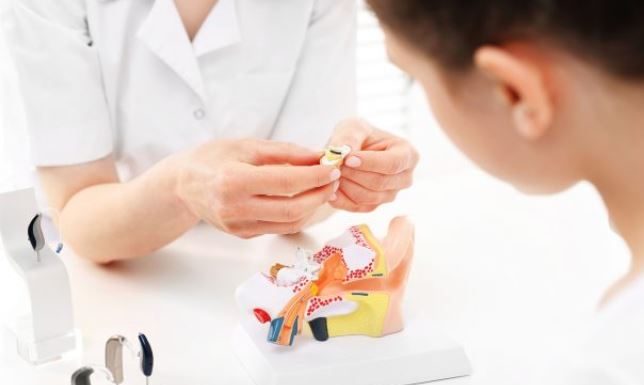 6 Reasons To Get Your Hearing Checked Today

What’s the Difference Between a Cane and a Walking Stick

What Is House Sitting And How Can It Benefit You?

How Does A Hearing Aid Work?

Benefits Of Waking Up Early

The Health Benefits Of Play For Adults