As children, we all remember puzzling our friends with brain-teasing riddles. As we grow up, we start thinking that such puzzles are silly. However, you are never too old to solve a few brain teasers. In fact, according to a study, adults who solve brain-teasing puzzles have a sharper brain than those who do not participate in problem-solving. People who engage in brain-teasing problems have ten years of younger brain functionality. If you are determined, these mental exercises will strengthen your brainpower. It will increase your dopamine levels, reduce stress, and give you that sense of accomplishment. The harder the difficulty level of a puzzle, the more significant is the satisfaction of solving it. So, let us take you through the top four brain teasers that are so difficult to solve, that they are going to keep you busy throughout the day. 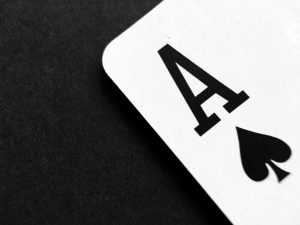 The Pirate problem is a classic example of Game theory. One beautiful day, a crew of five pirates struck a treasure chest of 100 gold coins. The captain Ali gets to propose a plan to distribute the bounty among all of them. The proposal will go for a vote. Each pirate (including the captain) gets to say a “Yarr” or a “Nay” towards the scheme. The pirates will vote in an order starting from the captain Ali, Bert, Charlie, David, and Emily.  If a majority votes a “Yarr” or if there is a tie, the captain’s proposal stands approved. If a majority votes “Nay” the captain will die and the next person in the voting sequence becomes the captain who then, gets to propose a new distribution scheme. The process repeats until the proposal gets the majority or till the last man standing.

How should the captain Ali distribute the coins and still stay alive, while getting as much gold as possible? Remember, each pirate is equally smart, want to survive, and do not trust each other.

The answer lies in starting with the end in mind. Captain Ali figures out that he should keep 98 coins and give one coin each to Charlie and Emily, whereas Bert and David get none. Charlie and Emily vote “Yarr” as this is the only logical win for them. For details on the answer, watch this video.

The bridge puzzle lets you think laterally. At a remote island, a student, a lab assistant, a janitor, and an old professor are alone with zombies trying to eat them. To avoid the zombie attack, the only way to escape the island is by crossing a narrow rope bridge. However, the bridge can only support the weight of two people crossing at a time. The zombies are only 17 minutes away from the bridge. It will take one minute for the student to cross the bridge and two minutes for the lab assistant. However, it will take 7 minutes for the janitor and 10 minutes for the old professor to cross the bridge. It is dark on the bridge, and the group only has one lantern, which is essential to carry while crossing the bridge. How will everyone get across in the time allotted to cut the rope bridge and prevent the zombies from crossing the island?

This puzzle is a classic numbers game. Three tigers and three deers need to cross a river from the east side to the west side. They can only cross the river on a raft as the river has many crocodiles. The raft can carry at most 2 animals at a time. It also needs at least one animal to row it. If at any point, the tigers are more than the deers either on the river banks or on the raft, then the tigers will kill the deer.

How will you ensure that all animals cross the river safely?

4. The Problem Of Inviting In-Laws 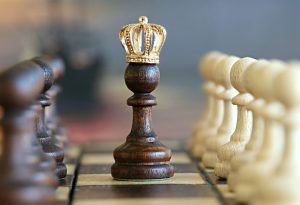 One of the favourites of Carl Proujan (popular puzzle book author), this is a puzzle based on relationships and family tree. A king is planning to throw a party but wants only a select few invitees. He invites the following family members

If cousin marriages are okay in the king’s family, what is the minimum number of guests invited at the king’s party?

Through some complicated relationship paths in the king’s family, you can bring the guest list to only one person. The king’s mother has two brothers. Let’s call the brothers “A” and “B”. The king also has a brother named “C”. “A” has a daughter named “D” and a son named “E”. The king also has a sister married to “E”, and a brother married to “D” because cousins’ marriages are okay in the king’s family. The king himself married B’s daughter. Therefore, all four personalities refer to a single guest, brother A  who meets all the four family relations listed in the puzzle.

All the above brain teasers will test your logical reasoning and out of the box thinking. In addition to these brain teasers, you can also engage yourself with challenging crossword puzzles like Thomas Joseph crossword 911. These crosswords will strengthen your cognitive thinking and improve your decision-making process. 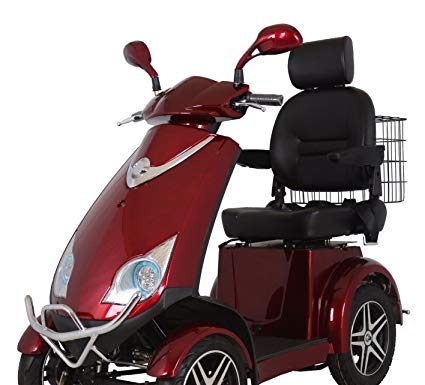 4 Wheel Scooters: The Answer To Fatigue Among Seniors

5 Painless Ways to Budget for Your Next Adventure

Travel? 5 Painless Ways To Budget For Your Next Adventure