Affection for someone he loved inspired musician Rambling Steve Gardner to bring joy to those lost to their former selves. Lou Rawls was once credited as having said: “Music is the greatest communication in the world. Even if people don’t understand the language that you’re singing in, they still know good music when they hear it.”

Rawls’ statement is even more true for those who suffer from Alzheimer’s Disease or other dementias. Often, when words no longer illuminate — when the person still inside is impervious to the memories found in spoken words, or is unable to react to them — it is only music that can truly affect.

Perhaps, even for a brief moment, the tunes of youth might bring back fluttering recollections that would otherwise be lost to time.

Gardner believed so much in the power of sonic memory that he created an album of music specifically for dementia sufferers. One of these people is his beloved mother, “Miz Sally.”

Gardner — a Mississippi native who has lived in Japan since 1980 — performs acoustic roots and country blues music. His finger-picking and slide style, played on National Resophonic guitars (and harmonica), can be heard on seven CD releases of both traditional and original music, at solo tour gigs, and in conjunction with the Jericho Road Show, with which he performs across the southeastern U.S. and in Austria, Germany and Japan.

His most personal music project, though, first took shape in August of 2016, when he began playing old songs for his mother. They were the songs the two had enjoyed together when Gardner was a little child. Miz Sally had played for him “old, scratchy, red and yellow 78 RPM records on the old phonograph at my grandmother’s house.”

Gardner said when he began experimenting last year, he found his mother responded best to the very old tunes of childhood, such as “Polly Wolly Doodle” and “Cindy, Cindy.” If Miz Sally noted that she liked a tune more than ten times over the period of a few months, then Gardner would add it to the list of songs considered for his “Miz Sally’s Yellow Cat Song Book,” which would eventually become a double CD of 19 tracks of music rewritten and rearranged by Gardner, plus a 19-track DVD animated with Miz Sally’s drawings, packaged with art pages, song lyrics and a poster.

Gardner hopes it will encourage caregivers of dementia patients to comfort, connect, and perhaps bring back lost memories through art and music.

Gardner said the goal is “to produce a selection of recordings that would have the feel of an afternoon of music played at home in the kitchen or the front room. Something familiar and fun. Something for Miz Sally. Something for all of us.”

Gardner said that since dementia had changed his mother’s sensitivity to sounds — to volume, pitch, and other compositional aspects — when rewriting the familiar tunes, he adjusted the tunings and pitch to fit what she liked best.

The album also includes an original song, “Bluebird Memory,” where Gardner asks the question: “Where do memories go?”

After developing the project, the musician said he tested it on others aside from Miz Sally.

“I have tried it out on a few friends with both autistic children, hypers, and dementia family members,” Gardner said. He discovered that not every song works with every person, but that it’s a start in sampling ways to reach them.

He explained that most physicians look for objectively quantifiable measures of success in treating patients with Alzheimer’s, dementia, autism, or other conditions.

“Physicians look for an all around treatment relying on medication and ‘measurable’ treatment,” he said, but “music and art are very case by case.” Every patient reacts differently, so there are no hard and fast rules.

“I found in this project, and from years of playing all types of shows for all types of folks — dementia, challenges, children with special needs — that tuning and tone are very important,” he stressed. “Maybe more so than speed and rhythm.”

He also discovered that dementia patients may be affected by modern technology in ways we might not realize.

“Miz Sally, like many with dementia, does not see well and her reaction to the frameless, large-screen televisions, which project life-size images into the home, is often fear and confusion,” he explained on his website, where much more detail about the project, and about working with Miz Sally, may be found.

“She mistakes the screen images for strangers in the living room, so we decided to enclose those images into an old television frame so that it might seem more familiar.”

The drawings and images on the DVD are surrounded by the frame of an “old TV,” with its numbered dials for channels and volume.

“This old box-style TV presentation makes it easy for someone with dementia to watch, and may awaken some far distant memories of time long past, when images flickered across the screen of their old black and white TV set with aluminum foil wrapped around the rabbit ear antennas, picking up two and a half stations, filled with snow and horizontal lines.”

Gardner said since the album was just released this uear, it is yet to have any official “seal of approval,” per se, from the medical community.

“However, many care professionals have been supportive,” he said. Gardner said he sees his work in action when he plays “for several families here in Tokyo as part of my volunteer work.”

Gardner said he made the music and visual components in CD and DVD formats, since many caregivers still use those formats instead of web-based materials. Homes for those with dementia still prefer DVD formats as well, and use such visuals often in care for their patients. However, the materials Gardner created are also available free-of-charge at the website, Mizsally.com.

“I look at this project as a beginning and hope that if will be something that might help other families and individuals with these problems,” he added. 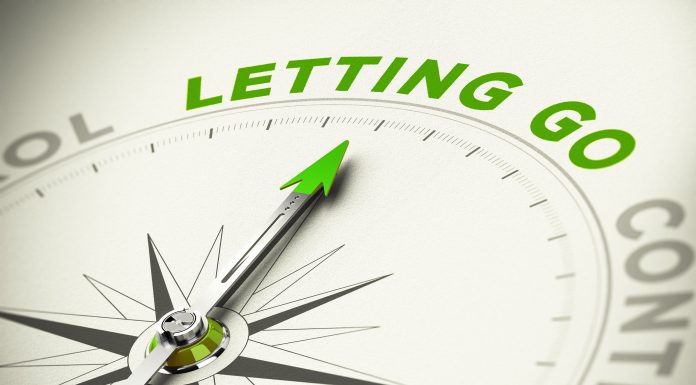 Caregiver Journey – What?? Dad’s Had a Stroke Series – Article 7

‘Tis The Season: Celebrating With A Healthy Twist