Alzheimer’s disease (which is the most common cause of dementia and memory loss amongst older adults) is devastating our aging population at an alarming rate, so much so that there’s been pressure amongst the medical community to declare it a national health crisis. An increasing body of evidence shows that African-Americans face a significantly higher risk for forms of dementia (including mixed dementia, vascular dementia and Alzheimer’s disease) compared to non-Hispanic white populations. In fact, while Alzheimer’s is the most common type of dementia amongst non-Hispanic white populations, we’ve seen a higher prevalence of mixed dementia (a combination of Alzheimer’s and vascular dementia) in the African-American population.

For some time, health conditions and genetic factors were thought to be the main risks for dementia, and the role that race plays in the disease was not considered. Now, research ​shows that the prevalence of Alzheimer’s disease is up to 300% higher in African-Americans. While environmental factors may be at play, there is a general consensus amongst the medical community that there is a greater familial risk of dementia and Alzheimer’s for this segment of the population and that, according to the ​ A​lzheimer’s Association, “genetic factors may work​ differently to cause Alzheimer’s disease in African-Americans.”

The increased risk amongst the African-American population causes significant physical, psychological, emotional and financial burdens to this group, many of whom are unaware of the risk. According to the ​ A​lzheimer’s Association,​ the situation is urgent, especially considering that “the epidemic of Alzheimer’s will continue to spread over the next 30 years, as the number of African-Americans entering the age of risk more than doubles to 6.9 million.”

Awareness of the increased risk of dementia to the African-American community and education about life choices that can reduce the risk of developing the disease are critical steps towards prevention.

Why the Increased Risk?

There are several conditions that have a higher association with dementia, mixed dementia and Alzheimer’s disease, like:

It’s generally believed that these conditions, which have a higher prevalence in the African-American community, contribute to the increased rates of dementia, mixed dementia and Alzheimer’s that exist in African-Americans compared to non-Hispanic whites. Of these        conditions, the most striking are vascular diseases.

Vascular factors, which are medical conditions that impact the blood vessels may trigger dementia and Alzheimer’s. Vascular risk factors like cardiovascular disease, stroke, diabetes, high cholesterol and high blood pressure are known to be disproportionately present amongst those in the African-American community.

While these risk factors are often treatable on their own, there is no cure for Alzheimer’s once it fully manifests. In other words, if the risk factors are not treated, patients are likely to develop Alzheimer’s mixed dementia, and vascular dementia. However, new observational research shows that drugs that treat vascular diseases may also protect against cognitive impairment and Alzheimer’s disease. As ​ D​r. James M. Ellison, MD, MPH of the Swank Memory Care center​  argues that “mid-life recognition and treatment of vascular risk factors may be important tools in reducing AD risk.” We started the Healthy Minds Initiativ​e,​ to support individuals and communities in reducing their risk of dementia through early prevention. Changes in lifestyle (like following an anti-inflammatory die​t)​ can prevent dementia, and Healthy Minds Initiative is committed to providing the knowledge, structure, funding and resources needed to help communities combat cognitive diseases like dementia through preventative measures.

Dr. Ellison states that there is evidence that shows that “the likelihood of developing AD is inversely related to educational achievement and income.” Although African-Americans continue to overcome these environmental barriers, income and education may play a role in contributing to the community’s increased risk of developing Alzheimer’s, especially with regards to health care inequalities.

Unfortunately, there is inequality regarding diagnostic testing, access to medical specialists and preventative care. While the reasons are numerous and complex, they include socioeconomic factors as well as geography and population density. There is no doubt that this inequality is a very real barrier in the recognition and treatment of Alzheimer’s disease, one that must be addressed immediately.

How to Reduce the Risk

A significant body of evidence has proven that adopting a brain-healthy lifestyle can slow down and, in some cases, even prevent the development of Alzheimer’s disease. We believe ​a lifestyle-focused preventative approach is the solution we need. While there is a​​ k​nown link between a high body-mass index and the development of Alzheimer’s disease, a healthy weight alone is not enough to reduce the risk of the disease. Prevention requires taking a wholistic approach to brain-health.

We believe it’s important that the African-American community and the healthcare community work together to advocate for culturally appropriate services that are affordable and accessible. These services should include preventative strategies, education, assessment, diagnosis, financial support and care.

We will continue to remain strong advocates for more research into the risks, treatment, and prevention of Alzheimer’s disease in the African-American community, as well as other at-risk populations. 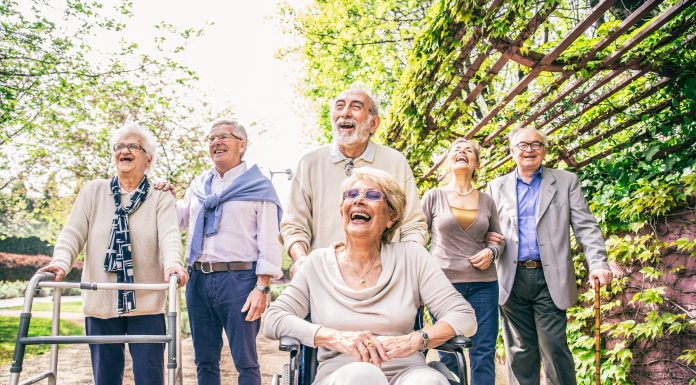 Dementia: How Different Is It Than Normal Memory Decline?

Creating Safe and Enjoyable Mealtimes for Patients with Dysphagia