Last year women spent billions of dollars to look younger. Botox, plastic surgery, procedures, creams, miracle lotions and any crazy new fangled product that had the potential to knock off a few years.

I personally only spent hundreds because I am a big believer in Oil of Olay and sleep.

After all the trouble one goes to in order to shave off a few years there is one sure-fire way to add the years back in one fell swoop. A cane.

While doing physical therapy it was strongly suggested I use a cane to improve my balance and posture.

I aged ten years immediately, but I also discovered a great new toy for my grandsons.

They fight over it and the little one wins. He dances around the house like Fred Astaire in his top hat and tails swinging the cane around with Fred’s grace and verve. It’s hilarious.

When we go out he will carry his umbrella to emulate Grammy’s cane and my daughter and I just stand and laugh at his shenanigans.

Both my grandsons imitate me walking and saying ouch and I shudder to think that will be their lasting memory of Grammy.

Now of course although I can’t wait to rid myself of the instant-aging device, I feel almost guilty that he will lose a favorite toy.

I imagine it’s no different than playing with the box a toy came in or using a paper towel roll to lead an imaginary band, kids can have fun with the oddest things.

So is having a cane to entertain your grandchildren a perk of old age?

No way. The cane although it serves a useful purpose is a nuisance. I find myself forgetting, losing and sometimes even stumbling over it clumsily.

I’m thinking a cane may not be such a good idea.

And yet. Okay I admit, at a certain age it’s good for balance and Stop. No! Every time I use it I feel like an old woman. I know I look older, but I also feel older too.

Now of course some people have no choice, they must use it or else risk falling and we don’t even want to go there.

But it’s difficult enough to convince yourself you’re still young without catching a glimpse of yourself in the mirror and thinking, who the hell is that old lady? Oops, it’s me!

Is there some way to lessen the blow?

Perhaps a diamond encrusted cane? Or a clear one you can’t see? Or something cool like one of those rain sticks from Africa that will sound like rainfall every time it hits the ground.

Maybe designer canes from Michael Kors or Chanel made of pearls with CCs hanging off the top. Alexander McQueen could create a cane with skeletons on it to really depress one and remind old people of what lies ahead. It could become quite chic and the in thing. Young skinny models would begin sporting them just to look cool.

Forget purses, the new status symbol would be canes. Of course they would have to be uber expensive to be an effective status symbol.

Human beings are nothing if not adaptable. We accept that gravity is a gigantic weight around our necks, literally, or that our skin now hangs like the smog over Los Angeles. Or even that we can’t eat even half the calories we once ingested without gaining weight.

But despite all the craziness that inflicts our bodies as we age, it is a small price to pay for what we gain. Wisdom.  I once saw a talk show where the host asked the audience if they had the opportunity to live their live over if they would.

Most people failed to raise their hands and I was shocked. I thought, why wouldn’t anyone want a second chance to undo their mistakes? Of course I was young then. Now I understand.

For all the wisdom we eventually gain it comes with a price. The lessons aren’t free or easy and take a toll.

Now I get it…one lifetime is more than enough.

Now if someone said you could turn in your body for a new one every twenty years, now that’s an offer I definitely wouldn’t refuse. 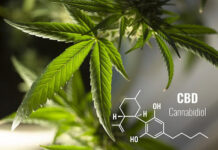 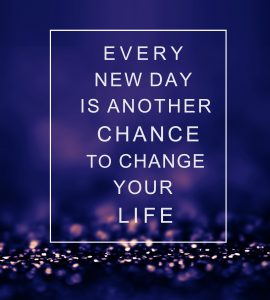 The Signs of Depression in Seniors

Understanding The Aging Impact On Your Joints

Do You Feel Happy & Healthy?

Sharp Is Better Than Dull