Despite the world’s efforts to lure me into texting as the sole method of conversation and communication, I have resisted. This isn’t the first time I have fought this war and lost after the shift from phone to email as the preferred form of communication. However, I must heartily battle back and rail against this latest incarnation due to one unspeakable truth…spell check.

As a senior citizen, and I reiterate how painful it is to write or speak those words, I am now plagued by a daily battle with the memory gods.

Recalling even simple words used throughout one’s life can now seem as elusive as a butterfly and cause panic and fear of the A word in us all. So now as I use my arthritic fingers to send texts to everyone I previously spoke with using my voice, I am sabotaged constantly by that technological terrorist, spell check.

Of course it seemed like a good idea at the time, at least to someone and I suspect that would be Steve Jobs, but it is actually a secret saboteur, snickering as it changes one’s words and original intent into fodder for the misunderstanding gods.

Now I struggle on a daily basis to thwart this ever present evil rearranging my words into some unknown meaning that is so far removed from my original thought, it defies all comprehension.

Through the years I have come to understand how crucial a component communication can be to human relationships.

Even when one is speaking clearly meanings become obscured and muddled. I have said one thing at times and found that the person I spoke with gathered the totally opposite meaning from my words. This of course caused problems, some fixable, but once or twice harm.

As a result of these experiences I am quite aware of the power of using and choosing words carefully. When I text, I am careful to say what I mean in simple terms. I certainly wouldn’t want “I love that red dress you wore” to come out as “red makes you look like a whore.”

The spell check gods are perfectly capable of changing a sincere compliment into a friend-ending comment.

Many times I have to go back and clean up my text as soon as it is sent. How many times have you had to write, I meant such and such instead of what was written? Now I’m not saying it’s only grandmas that must be aware of these misspelled words and phrases. Younger people have had to resend to clarify as well.

So what’s the solution? Is it better to speak a text than write it yourself?

Actually that’s a bit more challenging. Although it would appear that speaking a text is the preferred method, especially for these arthritic fingers, that is not the case. Your assumption would be incorrect.

The spell check gods are just as active through the spoken word and it is also tough to read back the message. I have found that trying to move the words up and down after they are spoken on a text may be difficult, so knowing what you’re sending may be even harder. As least when you are writing it is easy to see your words changing.

There is also the second problem. Talking to a robot.

Have you met Siri?

This is how most of our conversations go.

“Here are the directions for 480 Twelve Street.”

“No Siri, damnit I don’t want that address.”

“There is no need to raise your voice I am trying to help you.”

“You are not giving me the correct directions for 224 Fourth Street.”

“Sorry, here are the directions to 448 Sixth Avenue.”

I am now screaming “Damnit Siri, I want…”

My friend Paula asked Siri a question the other day and she said snappily, “You’ll have to call back later I’m busy right now.”

Busy, really, what was she doing, having her wires permed? Girl got attitude.

Now of course the really interesting part is that when I am not talking to her at all she hears me perfectly.

The other day while I was cooking my cell phone was in the living room on the couch. I added salt to a recipe and spoke the word “perfect”. From the living room I heard Siri say, “Thank you for saying that, but I’m not perfect.”

Now I have always been under the impression Siri can only speak when she is spoken to, but now it seems she is like a heckler who feels free to comment at any given time during a comedian’s act.

I repeated this story to a few people who looked at me as though I had lost the tiny bit that was left of my mind.

Until one day a couple of weeks later at my daughter’s house when I had my phone charging on her counter in the kitchen. I told her the story about Siri and of course I received the Oh-brother-I’m-going-to-have-to-put-her-in-a-home-sooner-than-I-thought look.

A few minutes later Siri spoke up about something I couldn’t understand from her charging place on the counter. My daughter immediately responded with, “That is so annoying.”

It should seem clear to you by now why I distrust speaking any texts into my cell phone that may be delivered to a friend or relative. Lord knows I can get into enough trouble myself without Siri’s help.

Excuse me, Siri is asking me what address I am trying to find?

“Let it go, a phrase from a song in the movie Frozen. Would you like me to sing the lyrics?”

“I’m not talking to you, Siri. I’m trying to write here if you don’t mind.”

Place steak in Maggi seasoning to marinate. If you can’t find Maggi seasoning, just use salt and pepper and perhaps a bit of red wine and soy sauce for a marinade.

Meanwhile make mashed potatoes. You can use fresh potatoes and boil and mash them with butter, cream or milk and salt and pepper. You can also use the frozen or ready made type. I have at times used all depending on time constraints and all work well. Set aside.

Broil steak until just slightly less than your desired doneness to allow for another few minutes in the oven to finish cooking inside the mushroom. Let it rest and then slice it into thin slices and set aside.

Place on baking sheet and put back into the oven for another five minutes at 350. Broil mashed potato tops under broiler until a slight color on top.

Remove from oven and garnish with scallions, bacon and carrots.

This also makes a great hors d’oeuvres if you use the baby portobellos. 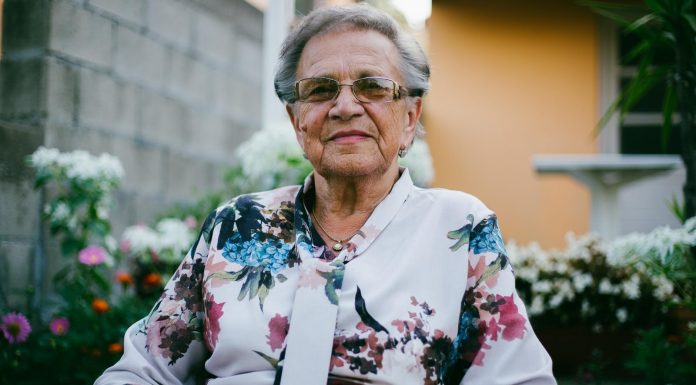 Medical Marijuana for Anxiety- What Does Research Say?

How to Take Care of a Senior With Autism

My Chakras Are Loose From The Shaking

Being Old in Captivity