Monte drove his milk truck down Berkshire Street twice each week, delivering glass bottles of fresh milk to the square-foot box built into the side of our house, making sure to latch its outside door to keep the milk cold until you opened the inside latch to retrieve the delivery. No lock. No invoice. Monte would leave only a note showing the number of bottles he had delivered. You would leave the empties and cash payment in the milk box in time for his next delivery. No payment? No empties? No milk! No bill collector. Simpler times.I remember Monte well. He was such a kind and friendly little man, dressed in his uniform of neatly pressed khaki pants and matching long-sleeve jacket, buttoned up all the way.  He always sang aloud as he moved non-stop at breakneck speed. During those hot and humid summers when we played outside before the days of air-conditioning, Monte treated all the neighborhood kids to ice cubes from the back of his milk truck. Always with a big smile, twinkling eyes, and a song. As I reminisce today, he seemed to favor me with an extra big smile.

Those three words made me feel special, of course. But why was I singled out for such a greeting? Years later, when I asked my Mom that very question, she began to laugh. As she told the story, Mom used to let this little tyke run around the yard in nothing but a diaper on those hot days. Remember that Coppertone TV commercial from years ago? The one where the little guy is standing with a falling-off diaper, tan skin everywhere . . . except his butt? Well, Monte made his delivery one day to our side-door milk box, only to be treated to the sight of yours truly running naked out of the back yard at the sound of his singing. Monte scooped me up as Mom chased her escaping toddler. Holding me up face-front under the arms, Monte handed me over with not only a loud laugh, but a nickname that stuck with me.

Yes, times were sure different. Somehow better, we like to think. Oh, by the way, I no longer answer to that name. Today, I’m just “Chief Ass.”

“Strawww-berrrrries! Four quarts for a dollar!”

And so we were awakened early Saturday mornings. Just think, four quarts of freshly picked strawberries delivered right to your front door all summer long! Yes, you heard right. Four quarts, overflowing their corrugated cardboard boxes. Deeper red than anything you’d ever seen. Dripping wet from condensation. Naturally sweet and juicy. Picked that very morning in a farm field not five miles from our house by the street vendor who trolled the neighborhood in his big flat-bed farm truck. 1940’s vintage. But you better grab your dollar and get out there fast, because he waited for no late comers. Within minutes, the strawberries, vendor, and truck were gone, back to the farm to pick more strawberries for the next neighborhood.

“Strawww-berrrrries! Four quarts for a dollar!”

Mr. B arrived in his beat-up old soda truck. Tall, gaunt and lanky, Mr. B had to be at least seventy-five years-old. Ancient for those days, with stringy white hair hanging down over his giant ears. But he was as strong as an ox. Always dressed in baggy gray work pants, sleeveless used-to-be-white tee-shirt, and oversized black boots missing the laces, he took giant steps and merely grunted as he unloaded two cases of soda onto his metal dolly and hauled them to our back door. He stacked them inside the back hall, picking up last week’s empty bottles in return. No Pepsi or Coca Cola on his truck! No, only fresh, locally bottled soda. Everyone had their own favorites. Ours were Ginger Ale and Cream Soda. Once in a while, we treated ourselves to Blackberry Soda. For Mr. B, it was cash on delivery only. A buck-a-case, if I remember correctly. No money? No soda. Simple. No arguments. 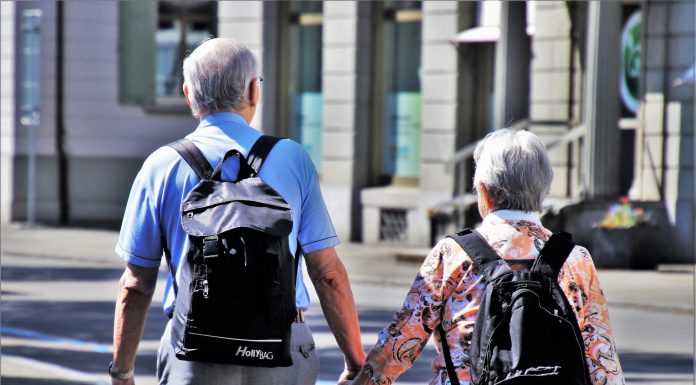 A Guide to Independent Living as a Senior

Shopping for Grandchildren Help is Here!

5 Tips to Being Your Spouse’s Caregiver

5 Signs That You Might Need To Visit a Podiatrist

Our Earliest Passions Shape Our Future: Excommunication From Weekend Parties For...

Our Earliest Passions Shape Our Future: You Gotta Love Buffalo And...

Our Earliest Passions Shape Our Future: Blue Grass To Rock To...