PALM BEACH GARDENS, Fla. August 27, 2019 – Noel Trachtenberg, a resident of La Posada (a premier Kisco Senior Living community), faced adversity at a young age, and though life kept presenting challenging circumstances for her to overcome, she prevailed and continues to lead an inspiring life worth highlighting. Healthy Aging Month, recognized in September, is an annual health observance designed to focus national attention on the positive aspects of growing older. Seniors valuable contributions to their communities create better places to live, and Trachtenberg’s story is a testament to that. Though she experienced some unusual and emotionally trying events during her childhood in New York City, she began volunteering at the age of 12. Born with monocular vision, she started orthoptic exercises at the age of nine and frequently helped her neighbor who was blind. Her mother encouraged her to volunteer at the Industrial Home for the Blind, and she traveled by subway most days that summer to and from their Brooklyn headquarters. The next summer, she volunteered as assistant to the librarian of the Theosophical Society in Manhattan, and later spent three years volunteering as the school librarian at the Rudolf Steiner High School, where she attended classes for three years.

“My mother was an editor at Macmillan Publishers, and I grew up with a passion for reading,” said Trachtenberg. “Because of my poor vision, there were not a lot of physical activities I was good at, so you could always catch me with a book in my hands. It was this love of reading that inspired me to volunteer in several capacities involving librarian duties. While in high school, I also studied braille and became a volunteer reader for a blind Hindu professor of comparative religions. My last summer volunteer project while in high school was at a secretarial school, where I answered phones and ran the ditto machine in exchange for lessons in shorthand and typing. After graduation, I started nighttime classes at Brooklyn College, where I majored in English and education. By day, I worked at a large international chemical company in the library, where they were translating experiments performed (mostly on humans) in concentration camps during WWII.”

The librarian Trachtenberg worked with at the chemical company was a refugee from Heidelberg, Germany, and the experiments were detailed on microfilm. She translated as she rolled the film, and Trachtenberg typed the translation. After two emotionally trying years, Trachtenberg joined IBM’s service bureau, scheduling corporations which were renting time on the new scientific System/360 mainframe computer. This included RCA, which was in the process of inventing color TV, and Sperry, which was working on electronics for the Polaris submarine – all with tight confidentiality rules in place. IBM charged $600 per hour to use the computer, and many clients brought their own operators. Trachtenberg learned to keypunch and operate some of the auxiliary machines but found it was not her strong suit. Sometimes, she would run the sorter or collator and do dance steps to the different rhythms.

“While still attending night classes, I found my favorite job – serving as secretary to the director, who was totally blind, of the American Foundation For Overseas Blind [AFOB], the sister organization of the American Foundation For The Blind – both founded by Helen Keller,” said Trachtenberg. “I met Ms. Keller during this time, and it was an inspiring moment as I shook her hand. It was like a celebration whenever she visited the Foundation, with murmurs of anticipation running throughout the building. After the director retired, I was given the responsibility of evaluating applications and awarding scholarships to international students seeking careers in facilities teaching the blind.”

After nearly 10 years of working at AFOB, Trachtenberg and her Peruvian roommate decided to open their own business after dealing with inequality of pay in the workplace and sexual assault by men in authority. They went through a list of their abilities and decided the secretarial business would be an appropriate fit. They founded, owned and operated an international secretarial service, running the company out of a 15-story building on Madison Avenue dedicated to independent small businesses.  She and her partner were a multilingual duo with a built-in clientele.  They expanded to larger offices in the same building and added staff as needed due to what became a 24/7 business.

“Artie became my client in 1976 and asked for a discount the first day he came into my office. He was the only client whoever received a discount, which was due to the twinkle in his eye.  We married 10 years later,” said Trachtenberg. “This company soon fostered the creation of an international market-research firm specializing in the Hispanic market, both in the States as well as in the Latin countries, which was just beginning to be tapped by corporate America. We ran both businesses simultaneously. When my relationship with Artie began to suffer due to my 18-hour days seven days a week, we decided to close both companies in 1982. I was offered a position by a client who panicked at the idea of the business closing, and I took on the role of vice president of his independent mergers and acquisition firm, where I served for 11 years before quitting and moving to Florida. While working with him as a client, I had learned a lot and became adept at identifying privately owned companies that were ready to sell. However, by 1993, the thrill of living in New York City had finally run its course for us and we moved to Hutchinson Island, Florida.”

For the 16 years between 1993 and 2009, when the Trachtenbergs moved to La Posada, she volunteered at the Environmental Studies Center (ESC) in Jensen Beach where she became the librarian, developed a program for preschoolers and was an active trustee of the Environmental Studies Council, the Center’s fundraising arm. While living on Hutchinson Island, she also helped raise standards of maintenance for the House of Refuge and contributed her editing skills to a book about the historical landmark in Martin County. She was invited to join the Stuart chapter of Soroptimist International, a women’s group active in more than 100 countries that promotes programs to improve conditions for women and children. She immediately gravitated to the International Relations Committee, where she helped establish and provide staff and equipment for a birthing clinic in the mountains of Honduras. She also enjoyed being writer, editor and photographer for the Council’s quarterly newsletter, Turtle Tracks. Once living at La Posada, it was not long before she was asked to pick up the mantle of editor-in-chief of Living Life at La Posada, the weekly newsletter run exclusively by and for residents. Trachtenberg expressed the mission of the newsletter as being “to inform, unite and uplift!”

“I want to make my time here on Earth worthwhile,” said Trachtenberg, “and feel that when I’m volunteering and helping others, my time is not wasted.  Of all the capacities I’ve served in, my years with the ESC were the most rewarding. The people were warm and welcoming. I learned so much, including how to feed the critters, operate the gift shop, help with scholarships and more.”  She says the one thing she has fun doing now is hosting a monthly Big Bingo game for fellow residents at La Posada. “I create mentally challenging games and provide prizes and candy. I’ve been doing it for six years and hope to continue to do it for years to come. While much of the thread on this spool is unwound, it continues to unwind with ever new ventures. I am only 76 years old, and I have a lot more life left to live!”

“Noel is a unique and inspiring individual who has led a successful and impactful life,” said Brad Cadiere, executive director of La Posada. “She developed cutting-edge approaches in marketing and made a positive difference in the lives of so many around the world. Life has not slowed down for her, and she continues to contribute and use her talents to add to her community.”

As a Kisco Senior Living community, The Art of Living Well® philosophy is in every aspect of community life. Unique social and wellness opportunities strengthen the mind, body and spirit. 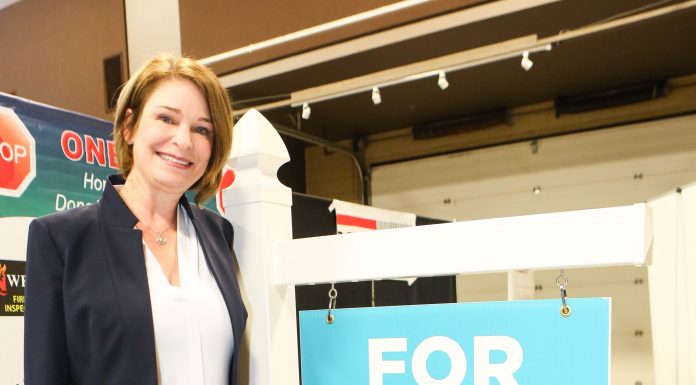 Homeowners Turn To Home Sharing To Save Costs

Press Release – For Our Australian Audience: Industry Embraces Code Of...