Mobile phone helps millions of people start romantic relationships every year, but at the same time, it kills a myriad of married couples in which one person is addicted to this device. What is the best remedy for this trouble?

A mobile phone is Cupid of the digital age. It binds people through mobile phone apps and helps them keep in touch even being miles away from each other. This little piece of technology is a powerful tool that gives birth to new couples and families.

Recent research has shown that calling and texting are an essential part of a happy marriage. It is an amazing way to show care and affection in a relationship. Yet, there is a dark side of smartphone usage. Some individuals are overly dependent on their mobile phones and spend too much time scrolling through texts and liking their friends’ posts. It is called phubbing, and it is the twenty-first-century disease that oftentimes causes marriage problems.

These are 10 symptoms that alert about potential smartphone-related troubles.

Once your spouse takes their phone, it is impossible to get their attention. Regardless of the subject, your partner is totally consumed with their mobile phone and ignores your conversation. This disregard probably makes you feel abandoned and frustrated with your marriage. It is distressing to compete with an electronic device, especially when you cannot win over this infernal device.

At times, social media are a necessity. Your Facebook profile is part of your reputation, and you need to update it regularly if you strive to build a successful career.  However, social networks are also full of useless information reading which you risk losing track of time. Social networking addiction is a common reason why many couples suffer from emotional distance. The overuse of social media also results in marital dissatisfaction that fuels either spouse’s willingness to stop the relationships.

Even strong marriages fall apart when either of the spouses gets obsessed with video games. Gaming is another way of escaping reality. Though one partner feels happy and excited about fighting made-up characters, the other has to suffer from loneliness and lack of attention.

Shared leisure activities are a remedy against boredom and irritation facing plenty of married couples. It is important to allocate 2-3 hours a week that you will spend together watching a movie or going out. The problem is that people addicted to their smartphones are often unaware of their dependence and typically link their lack of free time to poor time management. In reality, they are the only culprit of bad relationships with their spouses.

If your life partner has high-level career aspirations, you are lucky to have such a goal-seeking person. However, extreme professional goals can undermine harmony in marriage because they make your spouse overwork and thereby cut the time you normally spend together. This scenario has a negative effect on your marriage and eventually leads to misunderstanding, or even worse, quarrels.

Cell phones in the bedroom

The bedroom is a place where two amorous persons can build intimacy in their relationships. The use of mobile phones, in turn, prevents them from working on their marital bond. They waste valuable time on silly stuff that contributes nothing to their marriage but drives them further apart.

Every tenth affair starts online. Cheating is a huge threat to marriage and one of the major causes of divorce. Text-based affairs are the most common form of infidelity because it is easy to pull off and difficult to discover. The mobile phone allows having an affair secretly and getting away with it. The first sign that your spouse probably has a liaison is that their phone is locked and you are not allowed to know the password. You regularly notice that your love partner hides it just as soon as you enter the room. Asking your spouse straight to their face is risky and may only complicate the situation. Here, you need to have an honest talk to figure things out.

A happy marriage is based on respect and tolerance. Being together for over 10 years, some couples tend to forget about how everything started. Spouses take each other for granted and sometimes offend each other unintentionally. For example, both men and women are lazy to greet their spouse coming home after work. They just keep being on the phone ignoring the return of their soulmate. This indifference is what ruins their love and make them estranged.

How fast do you respond to messages popping up on your phone? You probably have a habit of texting immediately after you hear the alert, and now you do not see the difference between real-life and online communication. Unfortunately, the inability to communicate without gadgets can rapidly wreck your marriage. It is essential to say all the things you are used to writing in messengers in reality. Married people lose interest in their partners not because their love is over but because they are trapped in silence. Mobile phones will never replace the feelings you have hearing the voice of your beloved person.

Texting is easier, but it makes you glued to your device. It deprives you of pleasure to look at your sweetheart’s eyes while you are complimenting your soulmate.

What is the best marriage advice ever?

If you are intent on living a happy married life, you should have at least one device-free evening per week when both of you don’t pull out your phones while talking to each other. This allows getting focused on the romantic aspect of your relationships and remembering the reason why you fell into this person many years ago. 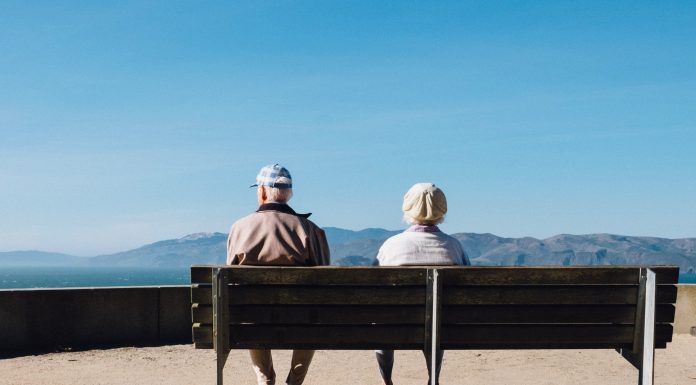 7 Tips Which Improve Quality Of Life For Seniors

5 Tips To Care For Your Adult Orthodontic Braces

Abilities Instead Of Disabilities: Your New Normal!

Top 8 Reasons for Getting a Medical Alert Bracelet