Were you on the receiving end of some of the 26 billion spam phone calls Americans received in 2018? If so, then a call blocking app may be a good tool to have in your smartphone.

Call-Blocking Apps: The Best Option for You?

Most of us have been bombarded by unwanted phone calls from telemarketers, political action groups or survey companies. Perhaps you’ve even put yourself on the Do Not Call Registry (DNCR) managed by the Federal Trade Commission—which clocked more than 5.7 million complaints in 2018 alone. Yet unsolicited calls keep coming.

“Filing with the Do Not Call Registry can reduce the number of unwanted sales calls you get,” said Lavinia Kennedy, director of product management at Transaction Network Services. “However, other types of organizations may still call your mobile number, such as charities, political groups, debt collectors and surveys.”

The good news is that you may be able to take matters into your own hands. A reverse phone lookup, for example, allows you to potentially find someone’s name and address based on their phone number. This could be an important feature if you’re interested in finding out who called you instead of calling back an unknown number.

If that’s not enough, there are many call- and text-blocking apps (both free and paid) that can suit your budget and needs. Here’s a list of some of the best ones out there.

When choosing a robocaller-blocking app, first decide what features you want. Some can block unwanted phone calls and texts and even create a “whitelist” of approved numbers. Other services—typically with paid subscriptions—offer more extensive protection by permanently stopping unwanted calls and managing them through a larger database of known scam phone numbers.

You’ll also want to check whether the app in question is compatible with your smartphone. For example, some only work with either Android or iOS, or they may not work with older operating systems. Others may not work with certain phone service carriers, such as prepaid services.

You may get what you paid for, too. Free apps are great, but you may find them limiting and full of ads, while paid ones may be better—but it’s not always the case.

Call-blocking apps for Android and iPhone

These apps are available for both Android and iOS unless otherwise indicated.

Robokiller claims to block unwanted calls or texts from more than 1.1 million spam numbers. You can also report spam numbers with the tap of a button or set up an answer bot that speaks with telemarketers. These conversations are designed to waste telemarketers’ time. Users can listen to these recordings and share with friends.

This app consistently receives high ratings on both the Apple and Google Play stores. Users can blacklist numbers and block calls or text messages. Other features include a reverse lookup service and alerts for unwanted incoming calls.

Cost: free, with premium features starting at $0.99 a month for Android users, $2.99 for iPhone users.

Truecaller has more than 2 billion records of spam phone numbers, which helps it identify and block unwanted calls. Users can also add a blacklist to Google Drive, back up your history and contacts, and make calls directly from the app.

Keep in mind that Truecaller will expose your phone number when you use its service, which may not sit well if you’re concerned about privacy. However, Truecaller does take your privacy seriously. If you have any questions, contact the company directly. While the app is free, you can subscribe to the premium version, which lets you record calls, send contact requests and use the app with no ads.

This app has text- and call-blocking features and allows users to set up a password for the app, create a whitelist of safe phone numbers, and set a specific time to block calls and messages. It’s free to use, although it features ads and users can make in-app purchases.

This app shows who’s calling and collects and analyzes data from those calls. It can help you automatically identify spammers and telemarketers and block them with a tap of a button. You can also update and sync your contact list using your social media profiles. While the app starts out free, you can purchase in-app upgrades.

Cost: free for landlines; $1.99 a month for mobile phones

Nomorobo is one of just a few services that blocks calls from both landlines and mobile phones. It’s simple to sign up and start, but it’s a bit limited. For example, you can’t set up whitelists and blacklists, and you’ll hear one ring before a spam call is blocked (while other apps automatically block unwanted calls). Depending on what you want from a call-blocking app, these features may be a turn-off.

Cost: free for smartphones; one fee of $159.99 for landlines

Call Control offers reverse number lookup, the ability to automatically block spam calls and enhanced caller ID. You can also create a whitelist and blacklist and schedule do-not-disturb times. The Call Control feature for landlines works for all locations and service providers. There’s a feature called CommunityIQ that automatically blocks phone numbers that other users have reported.

The app can take up a lot of bandwidth. 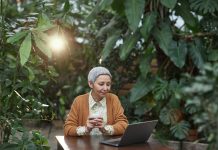 What Makes a Great Laptop? 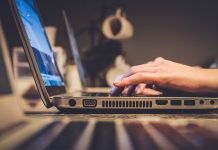 5 Amazing Gifts for Your Elderly Parents

Buy or Lease a Vehicle: Which is Better for Seniors?

5 Tips For Surviving A Family Vacation

Social Security Scam Calls: How To Protect Yourself