In my ongoing quest to encourage the concept of “evolving” versus “aging” in later life, you may find the story of Heather and Mark a life lesson as I did. Over a coffee he shared his very personal story with me, hoping that his experience and resulting life changes may help others.

Mark is a professional photographer and Heather works with him on assignment as well as providing bookkeeping services for several small businesses. Both are healthy, fit, in their 70’s and have been married for over 40 years. All was well in their life together and I always admired them as one of the most loving couples I know. They did everything together, lived for each other and though they had children, they had long moved away to other parts of the country. However, Heather and Mark kept in touch with their grandchildren by Skype or video mail, to maintain a running commentary on all they were up to.

What happened next changed their life forever.

Heather had begun to experience indigestion and shortness of breath for a few days and this persisted until reluctantly she told Mark that she probably needed to go to Emergency. He took her directly to the local hospital where she was immediately seen by the admitting physician, who right away diagnosed the problem. Heather was having a heart attack.
(For female readers, the symptoms described are not uncommon with women though different for men).

Completely shocked by the diagnosis, Mark watched as they rushed Heather to ICU. The medical staff set in place a series of tests to determine the degree of urgency and immediately decided that she should be taken to a secondary hospital for further evaluation. They told Mark to go home as they would now take over and do whatever necessary. At the same time they told him that she had come awfully close to not being here, that it was just in the nick of time she had come in and that she was not out of the woods yet.

He left the hospital in complete shock. It was something out of the blue that he could never have anticipated. As he told me “I went home to our empty house and couldn’t believe how our life had changed in 24 hours. Would Heather come through? Would she be the same? Would I ever see her again”. He added “When I got home, I sat in my favourite chair and sobbed for a solid hour”.

They had even booked a future trip to Mexico and a five star resort, something that they loved to do. Both worked hard at jobs they loved, but enjoyed vacations together and at their age enjoyed being pampered in a luxury resort. All of that was now over. “I went upstairs “he told me “and looked at her the clothes in the wardrobe. I still couldn’t come to terms with possibly losing the love of my life, my best friend and soul mate”.

The following day they took Heather to OR and found on testing, that she had a 99% blockage in one of her main coronary arteries. Right away they inserted a balloon stent into the artery to open the pathway. Heather had survived, but had come dangerously close to leaving Mark forever, had they delayed one more day.

Doctors told him that the cause of the blockage was cholesterol build up, something that can just happen to some people and in this case had nothing to do with diet or lifestyle.
One week later, Heather came home. What if anything would change for them?
As he said “this for us, was a second chance at life together and now was time to further evaluate life in order of what really was important”. They had always enjoyed growing their businesses, learning, experiencing new aspects of life, embracing new technology and more to, as he said, “continue to grow together”.

“We are the best of friends and I could not have imagined life without Heather, so we will continue to celebrate our life and love together every single day as we always have done, except from now on it will be with greater intensity, awareness, even greater appreciation for each other and an awareness of how fragile life really can be”. One other thing” he added “we will never postpone or delay anything that we would really like to do”.

When he mentioned the word celebrate, he sparked a thought of how many people hold a Celebration of Life after someone has died. Would it not be better as he reminded me, to celebrate life every day, knowing as he now did, that permanent change could happen in hours or minutes?

Interestingly enough, I have come across overtime, some older couples who experienced potentially life altering health changes, cancer survivors and others. I’ve heard many say that “life is too short” or that if he or she does survive “they will change their life forever”. Many who say that however, don’t make any changes at all and go back to their life almost as though nothing life-changing ever happened. Why is that? Wasn’t the experience of almost losing a life partner a real wakeup call?

One of the reasons could well be that unlike the couple in the story, many don’t any longer, have a deep love for, or even interest in their partner and over the years have grown apart.
Retirement can sometimes be a negative for couples who have never grown or evolved together. A typical scenario is of the husband and wife working in separate jobs for their working life and when they both retire realize that they are effectively, strangers under the same roof. Oftentimes the only thing they have in common is a mutual love of grandchildren, though sometimes at the exclusion of love for each other.

On the other hand, there are those couples who stay in love all their life and it seems that this couple found a way to do that. As Mark said, “When we got married we knew that we loved each other and planned to be together for the longest time. However, we had seen from friends and some family members too, that while some may claim to have been married for 30, 40 or even 50 years, they act with each other as though they are relative strangers”.

I asked him how he and Heather had managed to have such a long loving relationship? “It started with a commitment” he said “not to take each other for granted and in fact to grow together in as many ways as we could. We knew that it would not always be easy, long term marriage rarely is, but we knew that by growing together our common interests and mutual respect would get us through the challenging times”.

He added, “As I’ve said, you often see couples who proudly claim to have been married for 40 years or more. However, when you see how they act with each other it’s more like they have had 1 year of marriage lived 40 times over”.

The point made sense to me as indeed I had seen, as he has, many long term couples simply going through the motions of marriage.

On the other hand Mark’s experience highlighted the fact that there are also many couples who do have a genuine loving relationship and marriage. One common denominator seems to be that they continue to grow together, or as I like to think and say “evolve together”.
I guess the point of relating Mark and Heather’s story for those who do really care for each other, is a reminder that life really is a heartbeat, for Heather it was almost her last one. The unexpected can happen and change your life forever.

How would you or I feel if the partner we deeply love was gone in an instant? Would we change things? Would we make those plans we had, a reality? I believe we would. However, let’s not wait for Mark’s experience to occur, before we live that life. Do it now.

I’m reminded of what the great Og Mandino, writer and teacher once said: “If we knew someone would not be alive after midnight, how would we treat them today?”

As for Mark and Heather’s Mexican vacation they prepared to forego, this is what he told me.

“Heather has been given the all clear by her cardiologist to travel and we are going. Of course as it’s not long since her heart attack the travel health insurance for 8 days is enormous. However we are going to celebrate our life together and why would we hesitate to pay whatever extra it costs when we don’t know if we will even have another holiday together?”

He added, “None of us know what lies ahead. We may only have so many seasons or Christmases left with our partner. After all, Heather and I have already lived over 840 months of whatever our life spans will happen to be”.

What would you change if you experienced what happened to Heather and Mark? They were given a second chance to continue a lifetime of love, to experience, explore and enjoy more precious time evolving together. Not too many get that second chance.

It is so easy to get tied up in the trivial or mundane things of today and lose sight of what truly matters and at the end of the day, all that really matters is Health and Love.

Am happy to say that Heather is recovering well, that they are both suntanned from their vacation, continuing their business and evolving their life at an even higher level now. When last I saw them they were wearing matching tee shirts brought back from Mexico with the saying “Fiesta like there’s no Manana”. 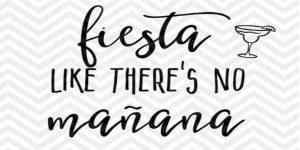 For Heather and Mark, the beat goes on, literally.

So this time, it seems more appropriate to sign off by saying,

The Best Way To Cook Vegetables For Nutrition And Taste

How To Improve Concentration And Focus In Your Life

Aging Safely in Your Home

Vitamins for a Healthy Brain