Our local newspaper ran a piece about an autistic collegiate who excels in the steeplechase, a 3,000-meter run interspersed with 28 hurdles and seven water jumps. The guy is so good he lines up 20 yards behind his teammates for practice trots so he’ll have some semblance of competition. The young man, the story noted, tried soccer, but had to give the game up because he didn’t want anyone else on the team to kick the ball. He eventually settled on distance-running because it best suited his intense preparation and drive for perfection. The article made me think about which sports Aspies might be good at and which ones they might want to avoid.

I’ve had enough experience at a variety of physical activities to have an informed opinion.

In high school, I wrestled for two years, played football for three years and started my junior and senior years on the baseball team.

As an adult, I played golf and tennis. I’ve toed the starting line at more than a dozen road races and completed two marathons. A few weeks after my 55th birthday, I competed in the bench-press event of a powerlifting tournament.

I realize men and women on the autism spectrum have widely different strengths and weaknesses when it comes to athletics.

And I realize I am certainly no expert on the subject, just a has-been of a player.

With disclaimers aside, here goes.

The sport Aspies would struggle with the most, I believe, is baseball. I was terrified of failure — specifically, striking out — because I didn’t want the coach and fans to be mad at me. After every at-bat, I desperately recalculated my hitting average and on-base percentage. I just knew if those marks dropped far enough I would be summarily removed from the game. Often I was so absorbed by the long division I didn’t pay attention to my defensive responsibilities.

Baseball, I believe, has too much down time for AS folks. Too much time to think. Hitters have 30 or more minutes between at-bats. That’s an eternity to worry about your stance or your swing or trying to guess the opposing hurler’s sequence of pitches the next time you come to the plate.

While wrestling is an individual sport and grapplers are center stage for all to evaluate, I never experienced undue amounts of anxiety on the mat. I wasn’t waiting for something to happen and could get lost in the moment.

Football was the same way. You didn’t think, you just did. And with 21 other persons on the field, I never felt everyone was staring at me.

While I put constant pressure on myself to set personal bests, distance-running was a comfortable sport for me. It was just a matter of putting one foot ahead of the other until I could see the finish line. No thinking, just the single-minded focus Aspies are famous for.

Golf was a bad choice. I would hit the ball — usually sideways — and stew for the time it took to find the thing in the brush. Then, with my imagined gallery of hundreds looking on, I would hit another sucky shot. And so on until the 18th hole when I would smack a fairway wood 220 yards to within inches of the cup and be persuaded to give the game another chance.

I was better at tennis, but never able to relax and enjoy the sport. I didn’t have confidence in my serve or my backhand and was intimidated when I went against someone who had a more expensive racquet. This guy beat me 6–0, 6–0 in the first round of a tournament. When I asked for pointers, he carefully placed his expensive racquet inside its expensive case and suggested I take up ping-pong.

The bench-press event was the absolute worst. I worried for eight weeks prior to the competition that I would do something stupid like drop the weight or suffer an embarrassing shoulder injury and never be able to type again. I did OK (attaining my goal of 225 pounds), but felt really stupid in the presence of several dozen behemoths who could hoist that weight like it was an egg roll.

They also had great grunts, and I was too timid to offer even a warble. But don’t be discouraged, Aspies. You won’t strike out, the coach won’t remove you from the game, and you won’t need a backhand.

A good grunt will come your way. Just maintain focus. 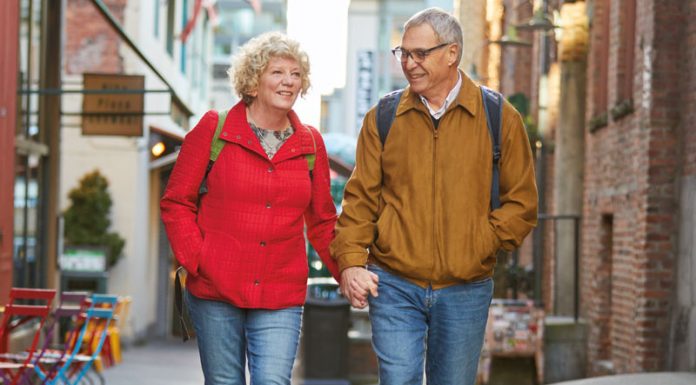 Retirement Abroad: Why Seniors Are Looking Overseas For Their Ideal Retirement Spot

Tips For Navigating Change With Ease