Most days he gets shot, drowned and set on fire. You can see why Jim Dowdall doesn’t want to retire.

English stunt man Jim Dowdall is in his seventies with grey hair, hearing aids and a ready smile. He’s chatting quietly to a group of people. The car behind him explodes. Jim is on fire. Huge gouts of flame envelop him and he’s running, flailing in agony, as his clothes burn and the flames lick his hands and face. Finally, with his whole body alight, this human torch falls to the floor and it’s over. 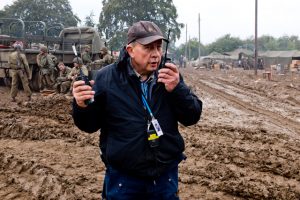 Let’s look at that again shall we? First we have to rewind a little more. Jim gets up in the morning knowing he’s going to be doing a “fire job”. Once on the film set he puts on fireproof underwear which is soaked in a barrier gel. “That’s not much fun for starters”, says Jim, “because the gel has to be really cold so it goes on straight from the fridge.”

On top of that goes his custom-made Nomex fireproof one-piece suit. Big sheets of special silver foil go on next, on the known hot spots like back and leg. Then it’s the outfit for the part he’s playing. Head and hands get coated in gel or if it’s a “full burn” then he wears a silicone mask with two tiny bits of oven glass for the eyes. Imagine putting that on your face, knowing what’s about to happen. 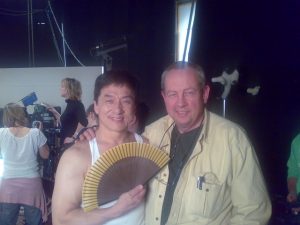 A gloopy accelerant is daubed on his clothes, they call “Action” and a technician uses a blowtorch to set Jim on fire. He now has 15 seconds before the heat and flames reach his skin.

At the end he’s whooshed down with a carbon dioxide cylinder and he checks to see if he’s burned. “I’ve never been badly burned, just some scorching and a bit of blistering – but you can dab on the embrocation with £50 notes” he says sardonically.

Once he hit 70, after half a century as a stuntman and stunt co-ordinator, Jim decided to settle down. So he’s stopped getting hit by cars and falling off tall buildings. But he still does occasional fire jobs and other stunts where all his experience really counts. 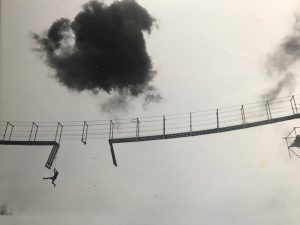 Of course, it still goes wrong. Just a few months ago he was in Prague in the Czech Republic filming for the American TV series Whiskey Cavalier. He had to be shot in the chest with a shotgun blast then hit a table on the way down. During the first take not enough of the detonators on his chest – that look like bullet strikes – went off. On the second take one detonator was set too near his face.

“After the explosion I could feel blood running down my face,” he remembers. “It ran into my collar but then they said they needed a third take. I did it but I got up the third time thinking you’re in your seventies, you silly fool, what are you doing?”

What he was doing was what he’s been doing for 50 years. He started as a stuntman on The Dirty Dozen back in 1967, working with Lee Marvin, and has worked on just about every major war film since. Where Eagles Dare, Saving Private Ryan, Fury, you name it, he’s been doing some of the most dangerous stunts to save stars like Richard Burton, Clint Eastwood and Brad Pitt from harm.

Then there are the eight James Bond films, the two Star Wars, the two Indiana Jones, the list goes on and on. But after all that, plus 400 car adverts, and numerous injuries and near misses, doesn’t he think about retiring? 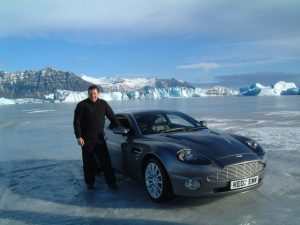 “I never go to bed before 1am. On set you’re always up at 5 or 6am and the days are often 16 hours, back to back. I literally don’t have enough hours in the day, whether I’m working or back home. I’m a very happy man and I’ve been very privileged.

“I have to put it on the line sometimes but I’ve been to the jungle, seen the ice caps, met some amazing people. I don’t have the energy I had 20 years ago but I’ve certainly no intention of stopping. It’s been the most extraordinary fun so far.” 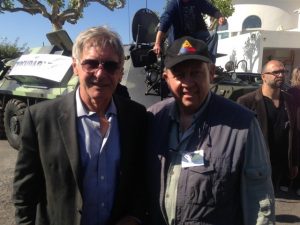 To read all about the stunts, the stars and what goes on behind the scenes, you can now delve into his memoirs: MAN ON FIRE. 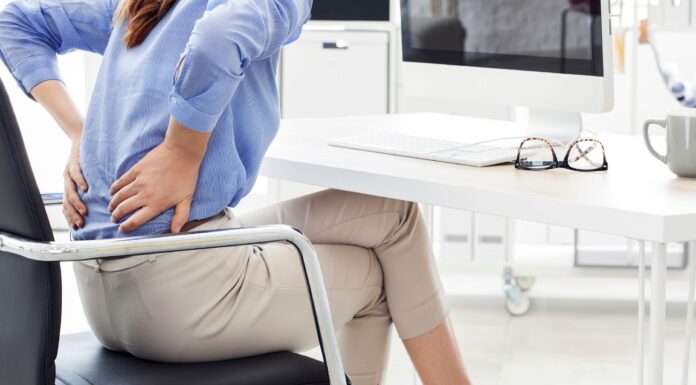 Managing Chronic Pain In Your Senior Years: A Helpful Guide

Reasons To Keep Driving as an Older Driver

Our Earliest Passions Shape Our Future: Which Side Of The Tracks Do You Live On? (Part 3)