When Cass and I moved to Williamsburg, Virginia, we built a house just down the road from the College of William and Mary. Naturally, my father always joked that the school had actually been named after him (William) and my mom (Mary). They were still living in Florida, both of them in rapidly declining health. My Father suffered from all variety of physical ailments, my Mother from the mental ravages of Alzheimer’s disease. Struggling against all odds to remain together in life, they found solace in the gentle rekindling of emotions so long ago experienced and so deeply felt. With the relentless and unavoidable pursuit by age and disease, memories disappeared quickly. But the emotion of Music never died. For Music alone possesses the absolute power to comfort the soul. For me, this epiphany struck in the last year of my parents’ lives. What I couldn’t have predicted was their reliance on my own recorded music. 24 hours-a-day. 7 days-a-week. It gave them comfort. Until no more time remained.

Dad passed away at the age of 89, only a month shy of reaching his goal of 90. Despite his many serious ailments, he remained a strong and determined man until the end. When our telephone rang early that Monday morning, I knew who it was before I even answered the call. Cass and I had become all too accustomed to such calls. We caught yet another plane to Florida, as we had so often done to accommodate my father’s recurring fear that ‘this time I know I’m going to die.’  His last words to me? “Remember Me.” That plea not only surprised me, but opened a new chapter in my own life. I cried deeply at the funeral of this man who had suffered so painfully during the last 40 years of his life. My wrenching tears were necessary. And cathartic.

Our biggest concern was how my father’s death would affect my mother. Surely she would be inconsolable, given his sudden absence. It seemed so strange to be grateful for her loss of memory, but she didn’t even realize what had happened.

Only then did we truly comprehend the depth of her mental decline. Yes, one final phone call. One final flight to Florida. One final funeral. For this one, I felt only relief, grateful that her suffering was finally over. Like my father, she had lived to be 89, just shy of 90.

All things happen for a reason. Though we rarely know that reason. For me, this whole experience has taught me important lessons. Many of them about myself. And my family. Mostly, it’s a way to remember my Mother. Mary Resnick. Such a vibrant and loving person. Growing up in our house, she was always singing. Or whistling. Despite the many challenges of her life. Music was her salvation. It kept her sane, I’m sure. And happy.

The last few times I saw my Mother, I asked her, “do you remember me?”

I decided to share my gift of music with people who needed it the most. People like my parents. I found them in senior citizen communities, memory care facilities, nursing homes, and homeless shelters. Desperate for momentary escape from loneliness. Hungry for the soulful comfort that  music alone can offer. My performances helped them cope with their lives. Their sincere appreciation helped me cope with my own loss.
​
Out of the blue, two years later, a strange realization invaded my soul. ‘I can’t do this anymore. It’s too painful.’ I abruptly canceled all my scheduled performances. I sold all of my musical instruments and electronic equipment for far less than their monetary worth. And I abandoned the one thing that had been the creative foundation in my life: Music. Just like that. No second thoughts. I convinced myself that I could make up the creative slack with my creative writing projects. And that seemed to work for a while. But I was foolish to believe that I could thrive again without my music to guide me.

Once again, Cass came to the rescue. She introduced me to a word I had never given much thought to: Depression.

My doctor advised me to start taking ‘happy pills’ to overcome my depression. After much discussion with Cass, we decided I would be better off tackling the problem head on. As I had written in one of my books, ‘I often speculate that musicians respond so emotionally for the very reason that makes us so able to feel music. Our emotions are close to the surface, easily felt, quickly delivered, rarely controlled. Blessing, or curse?’ My greatest fear was deadening the very emotions that had sustained me for a lifetime.

During the ensuing months, I came to understand that the cause of my sudden change in behavior was a direct result of all the emotional trauma I had internalized after the loss of so many family members over such a short period of time. But even more important, the loss of my Mother had impacted me more deeply than I could have imagined. You see, Music was her gift to me.

Then, one day, Music returned to my life as quickly as it had departed. I’m still not performing again, at least not yet. But little by little I’m back to creating music in my mind. And in my studio. With new instruments. New ideas. New reasons. A new understanding of the complexities of life. And a new appreciation for the emotions I still feel in my heart. 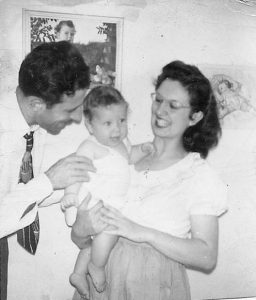 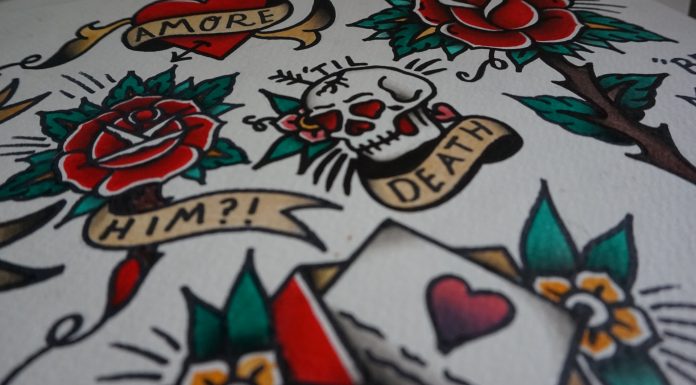 Alternative Therapies To Improve Your Health

How to Fight Wrongful Termination as an Older Worker

Anti-Aging Tips for Those Over 60

Educate Yourself About Cholesterol

Our Earliest Passions Shape Our Future: What Is My New Purpose...

Our Earliest Passions Shape Our Future: Which Side Of The Tracks...

Our Earliest Passions Shape Our Future: Ready For The Big Time...

Our Earliest Passions Shape Our Future: Day One On My First...