With so much attention these days on the royal family and no millennials, I’m not talking about the Kardashians; I’m feeling immense sympathy for Queen Elizabeth. Why you ask, would Norma Zager feel sorry for the Queen?

With very good reason, actually. She is a queen it’s true, but she is also a grandmother. Incidentally a very involved one since Harry and William lost their mother so young and it fell to her to become the female authority figure in their young lives. It must be very difficult for her to watch her grandsons unhappy or making bad decisions, just as any grandmother would.

William seems to have towed the party line. Despite his enormous pain at the loss of his mother, he rose to the occasion and selected and fell in love with a woman who in all aspects reflects a royal demeanor. Kate not only won William’s heart but she succeeded to win over the English people and the world. Her grace, refinement and charm have succeeded in creating a mate for the Prince that most deem highly appropriate and positive for a future queen.

Harry as we all have seen, has not dealt well with his position and tragic history. The loss of his mother took a large chunk out of his soul that he has been unable to repair and of course could never replace.

His behavior has been erratic, embarrassing and decidedly un-royal, but the public forgives his weaknesses and trespasses because he is loved.

Enter Meghan Markle. Oops! Now we have a new wrinkle in the royal laundry.

From all accounts the Queen Grandmother seemed to be welcoming because as we all know, what makes our children and grandchildren happy, is fine with us.

Yet, things quickly took a negative turn when Meghan’s family exhibited the signs of, how shall we put it, less than classy and talked to a hungry press about their dirty family secrets.

However, instead of placing the blame where it belonged with the Markle clan, she chose to deride the royals. Poor pitiful Meghan no one stood up for her as she was being attacked by her own family.

I’m sure it hurt in fact I know it does, but what was her reaction to this unpleasant piece of Markle business?

She became defensive instead of understanding that it would never do for the Queen or Prince Charles to come out swinging at anyone.

It is simply not done.

Meghan believed that because she is an American, she can open her big American mouth, as we all do and state her opinions. So sorry Honey, but you’re not in Kansas anymore.

Perhaps the press might have reacted more favorably toward you had you not been so obvious in your disdain toward all things royal. It is what it is, get over it.

The royal family lives by a far different standard. Oh, of course they are well compensated for their lack of ability to speak their minds at all times, but sweetie get a grip. A crown is not free and comes with a cost.

Obviously Kate understood this truth and it’s why she’s a beloved member of the royal family.

While poor Meghan was crying into her Hermes handkerchief, she was also slathering her negativity upon Harry. Hasn’t he been through enough? And hasn’t the Queen?

Few people can resist the pomp and circumstance of the royal family. They are the reality television of England and watching their foibles and fashions is a guilty pleasure shared by countless Americans.

The viewing audience for the Kate and Wills’ wedding was astronomical and of course we all sat transfixed to the screen as yet another Windsor regaled us with the possibility of an English happily ever after, despite the grave feast of disappointment offered up by Charles and Diana.

Americans were nostalgic at how much Kate reminded us of our own royal Princess Grace, and aside from the gowns and uproarious chapeaus donned copiously on that royal day, I was struck by something perhaps most overlooked.

Of course as a grandmother, I see things differently and through the lens of all things grandchildren and I was surprised to witness the fact the Queen of England seems to feel the same way.

Although the wedding was beautiful I managed to escape teary moments, romance aside, until for one split second I found myself face to face with a grandmother’s love and then the tears flowed like water.

Yes, right there in St. Paul’s Cathedral as William and Kate stopped after their nuptials to bow in respect as they headed back up the aisle, the Queen bowed her head and I saw the Grandma lip quiver as clear as day.

Oh she caught herself of course as any self-respecting and quite contained royal would do. Elizabeth more than most is dedicated to composure as the monarch, yet for one brief second she couldn’t contain her grandmother’s love for her grandson.

Her lip quivered and she looked down to hide the rush of emotion only a grandma could feel watching her beloved grandchild heading out into life, a married man, a new wife and a new life.

I imagined it must have been especially difficult for her as perhaps a fleeting memory of William’s pain at losing his mother washed over her and forced her to stand staunch against the tide of emotion attacking from all sides.

And of course Elizabeth in her well-practiced and inimitable way retained composure and caught that tear before it escaped her eye to fall onto a careworn cheek.

Yes, despite all of our differences at that moment we bonded as grandmothers, and I knew for certain Elizabeth is quite human after all. She has her weaknesses and one of them is William.

Her façade, her inner strength, her public persona all fell away when faced with the emotions of grandma love.

Shame on me for my utter surprise when so many of her grandchildren have praised her devotion. Princess Eugenie for example recounts how, “Granny would take us raspberry picking, and we’d have the raspberry jam that we picked that day on the table for tea.”

Kate first meeting her was surprised to learn the Queen played video games.

And yes part of my surprise does relate to the reputation of the English for being more affectionate with their dogs than their children.

I now know I was wrong and proven so by a quivering lip.

Imagine my surprise when I realized that indeed the Queen of England and I, an American cousin, have so much in common.

We are both no more than grandmas and that is a powerful and positive bond no matter who or what you are.

Now as her new great grandson, Archie, is removed to a country far away I’m certain she is saddened. A face-time chat is only second best to holding your grandchildren and great grandchildren in your arms and coochy-cooing them in person.

Since we can’t always choose our loved ones’ partners, even royalty, it’s more evident than ever to me that life doesn’t always turn out as we planned for any of us, even if you’re the Queen of England. 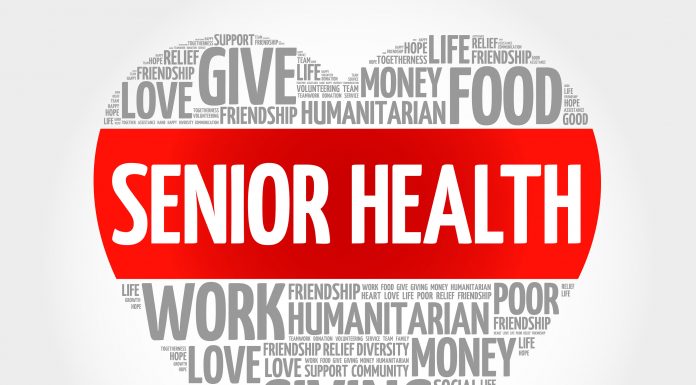 Strong Bond Between a Grandmother and a Granddaughter – A Caregiver Journey

I’m Going To Be A Grandma! And Please No More Dates!

My Chakras Are Loose From The Shaking

Look Younger: Cane I Help You?